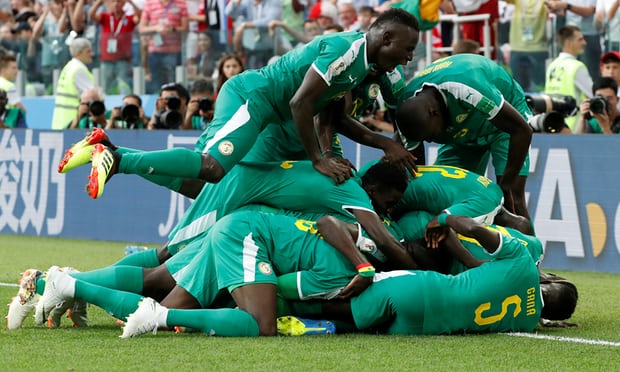 Senegal has beaten Poland in a dramatic game that saw the African team take the lead in the first half and win 2-1.

Poland struggled to put passes together and get their shots on goal but they were rewarded at the end of the second half, while down two goals, with a late header to take the game to 2-1.

Robert Lewandowski had a relatively quiet game and much like Euro 2016, was unable to make his way onto the score sheet and begin the tournament with a goal.

Here are five key takeaways from the match:

Throughout the game, both sides were very attacking, trying to play a high ball into their forwards. This could be either as a cross or as a long pass but both sides failed to optimise on their chances.

Senegal is the only African team to win so far

Senegal is the only team from Africa to have won a game in World Cup so far.

They are also the only team to score in open play. With this win and what is happening in their group, they may make it to the last 16.

It is Robert Lewandowski’s first World Cup and this was his first game of the tournament, but the striker failed to score and struggled to get his shots off.

This is not the first time that he has struggled to make an impact at the beginning of a major tournament as he was unable to score during Euro 2016 until late in the competition.

The official ranking is not important in the World Cup

Poland is ranked 8th in the FIFA rankings but that did not guarantee them the win. When it comes to the World Cup anything is possible and this game shows the magic of the tournament.

The two teams that were set to win the group may struggle to get out of the group stages.

After Colombia lost to Japan earlier today, Senegal will be going into their next game with confidence, hoping to build upon their win.

Poland, meanwhile, will need to win their next game in order to keep their World Cup hopes alive.