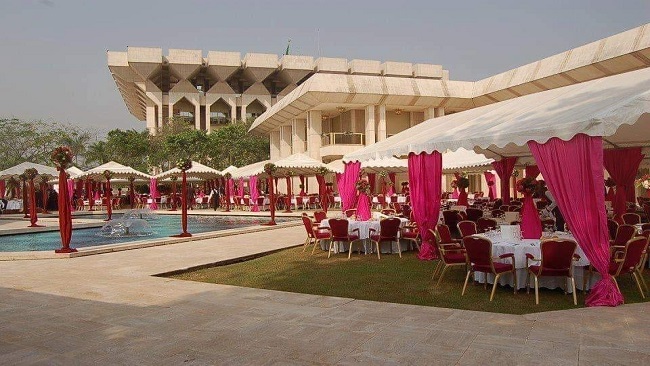 Yaounde: All is set for Biya’s coronation 0

Preparations are on the way in Yaoundé to declare 85 years old dictator Paul Biya as the winner of the October 7th election that took place in La Republique du Cameroun. Even by his own high standards of election rigging, this year’s poll was the most dramatic and by far his most effective election mugging. Today the 22nd of October 2018, there’ll be a theatrical public ceremony in Yaoundé by the Constitutional Council to proclaim his triumph. Cameroon Concord News Group can confirm without any fear of ambiguity that the canopies and other bits and pieces that would be used during this state formality have been ordered and preparations are almost complete. On Friday, the regiment responsible for getting all the ingredients ready for the ritual confiscated the phones of all those working in Etoudi palace.

‘All the legal representations that were made by the opposition parties over the last week challenging the legitimacy of the results of the election were applauded by the old despot’. He welcomed these representations so the world could see that there is a proper free and fair electoral system in the country. Behind the scenes, we were reliably informed that he remained in constant conversation with the main players in the Constitutional Council giving the so-called judges standing instructions on what to do. Our source confirmed that members of the Constitutional Council paid regular visits to the elderly autocrat to receive directives.

Our correspondent in Yaoundé who is also very experience in intelligence gathering hinted that the frail dictator has received absolute assurance from the military that he has their loyalty. Over the last few weeks, Yaounde recorded some under-the-table talk that the military will step in and take power in a coup d’état. These tensions, were real but after many meetings and hush-hush deals it was called off. We gathered from a senior military official that the army had contemplated taking over last week and Biya was genuinely apprehensive but the internal squabbling among the many tribes represented in the army made it impossible for them to agree a deal. ‘The old canny fox stepped in with bags of dollars and bought their loyalty’ our source added.

Whilst infrastructures, institutions and public services in the country continue to dilapidate, Paul Biya who has ruled the nation with an iron fist for thirty-six years is prepared to be sworn in to start another seven year term at the top. Cameroon is one of the poorest nations in the world and Biya has presided over public corruption and embezzlement at a scale never seen since Mobutu Seseko of Zaire. With Boka Haram destabilising the north of the country, the Anglophone zones have declared independence from French Cameroun and created the Federal Republic of Ambazonia. The world is watching curiously what solutions the 85 year old will offer to bring his poor and crisis-filled country under control.