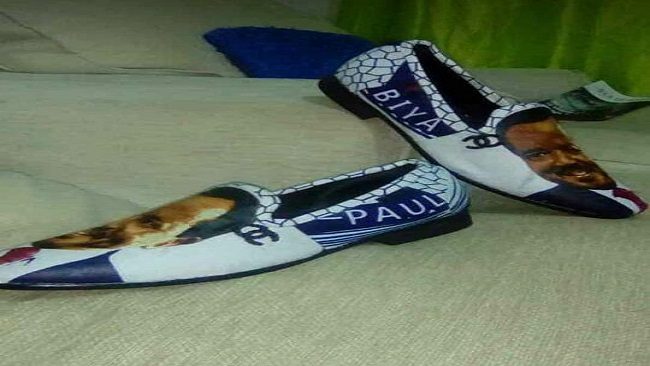 What did you think of those shoes Minister Fame Ndongo wore with his CPDM regalia recently when he participated in a CPDM rally? Cameroonians on social media could not get enough of the Higher Education Minister’s shoes when he went our canvassing for votes for the 85 year old President Biya.

Some thought he had been given a role in Yaoundé wood with Onkle Ochama and Tazibi while others believe it was simply a joke. Some people thought he rocked the look while others thought he’d worn a CPDM “gandula” with his Biya CPDM shoes.

Many pro Biya comedians, however, were impressed by his “shoe code” and expressed pride in the Higher Education anti-Anglophone Minister and his commitment to President Paul Biya. But this is why Southern Cameroonians want to leave the Cameroonian federation.