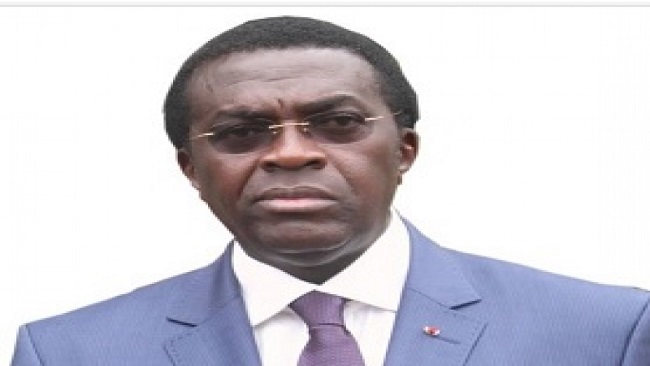 Pr Maurice Aurélien Sosso’s suspected mistress was violently attacked and stripped in his office by his wife.

The “mistress” Damaris Enyegue who is reportedly the wife of the younger brother of Minister Henri Eyebe Ayissi, the current Minister of Agriculture in the Biya Francophone regime was given severe beatings by the rector’s angry wife recently in the nation’s capital.

Cameroon Concord News gathered from sources deep inside the rector’s office that the crying mistress got her stockings and underwear ripped off and torn from her legs by Mrs. Patricia Sosso.

She grabbed hold of her victim’s hair and kicked her in the back during the snake beating.

Pr Maurice Aurélien Sosso approached his wife in an attempt to dissuade her, but he quickly gave up after being pushed to one side by his mike Tyson wife, Patricia Sosso also a lecturer in the University of Yaoundé 1.