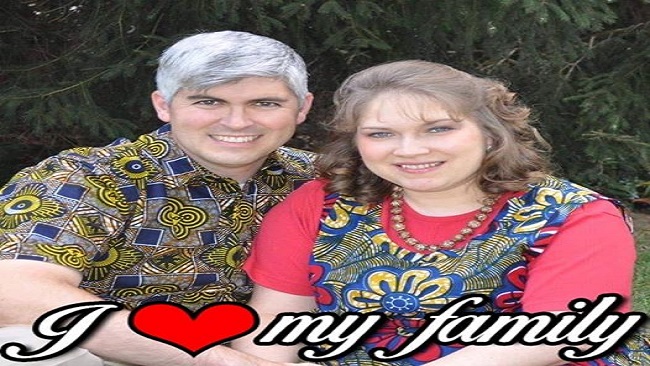 Yaounde’s targeted killings: Here’s what you need to know about Charles Trumann Wesco 0

Charles Trumann Wesco was an American missionary who arrived in the West African nation of Cameroon on October 18, along with his wife and their eight children. They were stationed in Cameroon’s troubled north-western region, near the town of Bamenda. On October 30, local media reported that Wesco had died of bullet wounds to the head. The US State Department confirmed that a US citizen had died in Bamenda, Cameroon, although they did not use Wesco’s name, in an effort to protect his privacy.

Missionary groups, as well as local media in Cameroon and in Indiana, reported that Wesco was taken to a hospital in Bamenda, Cameroon on Tuesday, October 30 and died on the same day.

Here’s what you need to know about Charles Wesco:

1. He Was on His Way to a Market When a Bullet Shattered His Car Window, Striking Him in the Head

Wesco had just arrived in northwestern Cameroon and was still in the process of settling in. On October 30, another missionary — Ben David Sinclair — drove Wesco and his wife Stephanie to the market in Bamenda so that they could load up on provisions. But along the way, a bullet shattered the car window, striking Charles Wesco in the head.

He was rushed to the hospital in Bamenda, but he did not survive.

2. It’s Not Yet Clear Who Shot Wesco, but His Death Comes Amid a Government Crackdown in the Restive Anglophone Region

There is no evidence to suggest that Wesco himself, a newcomer to Cameroon, was targeted for assassination. Wesco was shot near the city of Bamenda, in northwestern Cameroon, which has been plagued by violence and unrest due to conflicts between the national government and local groups. Northwestern Cameroon is one of the English-speaking regions in the country (most of Cameroon uses French as the official language). In recent months, Anglophone areas in the country have been demanding better access to schools and public services. Many have been calling for self-rule or a form of federalism.

Amnesty International reports that government security forces have burnt down villages in separatist areas and have “indiscriminately killed, arrested and tortured” dozens of people during military operations, displacing thousands of civilians. Amnesty also charges that armed separatists have attacked and sometimes brutally tortured and killed hundreds of soldiers amid the government crackdown on the area.

3. Wesco Was a Baptist Missionary from Mishawaka, Indiana

Wesco and his wife started planning their mission to Cameroon years ago. By 2016, the couple was well on their way to raising the funds they needed to leave their home in Indiana and travel to Cameroon.

By May of 2018, the Wescos had sold their home in Mishawaka and we getting ready to head to Cameroon.

Charles wrote that he had felt a calling to do missionary work since at least the age of 15. In 2014, he said,he decided that he wanted to go on a mission to somewhere in Africa. And by 2015, he narrowed his focus to Cameroon. He wrote, “During our survey trip in the Spring of 2015, the Lord deepened our love and burden for the people of Cameroon, who are so needy and so open to the Gospel of Jesus Christ!”

Wesco’s grandfather owned a piano factory, which is where the young Charles Wesco first learned about music. He said that by age 12, he was learning the trade of piano tuning (he was taught by an old blind piano tuner employed by the factory). He’s continued to work as a piano tuner over the years and has used those skills to help support his family.

Wesco said that as a young man he also got “extensive training” in sacred music and learned to play several instruments beside the piano. He wrote that music was a valuable tool when doing missionary work.

5. Wesco’s Brother, Timothy, is a State Representative in Indiana

Timothy Wesco, Charles’s younger brother, is a Republican politician representing the 21st district of Indiana in the state House of Representatives.

Asked by local reporters about his brother’s death, Timothy said, “He loved the Lord. He loved people. The Lord giveth. The Lord taketh away. Blessed be the name of the Lord.”