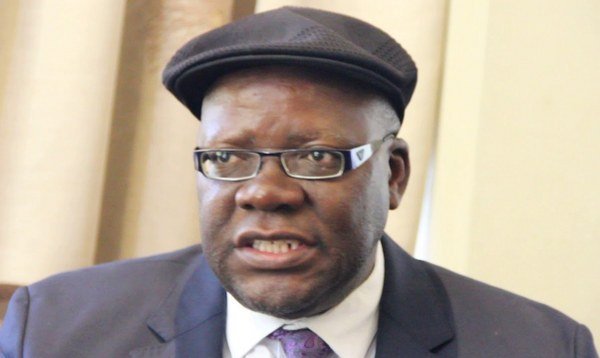 Zimbabwe’s former finance minister and opposition leader Tendai Biti appeared in court on Thursday to be charged with stoking post-election violence in a case watched around the world as a test of President Emmerson Mnangagwa’s treatment of opponents.

Biti, whose People’s Democratic Party had formed an election alliance with Nelson Chamisa’s Movement for Democratic Change (MDC), sought asylum in neighboring Zambia on Wednesday but was deported back to Zimbabwe in a move condemned by the United States.

He was also charged with falsely and unlawfully announcing results of the July 30 election, which Chamisa rejected as fraudulent and is set to challenge in the Constitutional Court on Friday.

If found guilty, Biti could face up to 10 years in jail, a cash fine or both. He was released on bail and will appear in court again on Friday.

“It’s been an ordeal, but we survive. We live to fight another day, I am glad to be home,” Biti told reporters soon after his release.

The United Nations refugee agency, the UNHCR, said it would be a serious violation of international law if Zambian authorities had handed Biti over despite a court order to the contrary, which his lawyer said had indeed been issued by the Zambian High Court.

The European Union, Australia and Canada also said they were “deeply disturbed by continuing reports that opposition supporters are being targeted by members of the Zimbabwean security forces”.

Biti had been in hiding since last week, when six people were killed in a widely condemned army crackdown on protests over the declaration of victory by Mnangagwa’s ruling ZANU-PF party.

State prosecutors did not oppose bail for Biti, which was set at $5,000. He was ordered to surrender his passport and title deeds to his house, and banned from addressing political rallies or news conferences until the case is over.

Mnangagwa said he had intervened to ensure Biti was released, but also said that Biti faced serious charges and that the legal process should be allowed to take its course.

“At such a crucial time in the history of the new Zimbabwe, nothing is more important than unity, peace and dialogue. I call on all parties to immediately cease from all forms of incitement to violence,” Mnangagwa wrote on his official Twitter page.

Some fear the post-election turmoil will derail the chances of mending an economy facing acute shortages of cash and desperate for foreign investment.