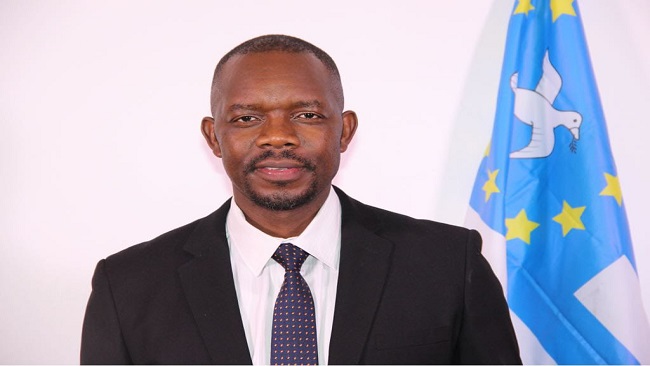 The Southern Cameroons Interim Government (IG0 has described the French administration under President Emmanuel Macron as the biggest stone wall standing on the path to peace in the Federal Republic of Ambazonia, Africa’s newest nation which is direly in need of political stability.

The Communications Secretary, Milton Taka made the comments in this week’s Interim Government briefing to the people of Southern Cameroons both in Ground Zero and in the diaspora.

“The most prominent obstacle lying in the way of genuine dialogue between the Federal Republic of Ambazonia and La Republique du Cameroun is the French government. Paris wants Southern Cameroonians to be second class citizens in the French controlled La Republique du Cameroun and Southern Cameroonians want to be free and develop their own country” Milton Taka observed.

Palais de l’Élysée has been in direct contact with French Cameroun politicians and officials including the 86 year old dictator, Paul Biya pushing for a senseless military solution to the conflict in Southern Cameroons. Communications Secretary, Milton Taka further pointed out that the United States government and the European Union with the support of the African Union are capable of getting the two nations to reach an understanding. “The more the French government intervenes, the more they delay the solution to the war in Southern Cameroons.”

The Ambazonia Communications Secretary also stated that France would not be rid of French Cameroun’s ongoing economic and political woes created by its surrogate, Paul Biya by pushing for a continues military confrontation with Ambazonia.

Speaking to the Paris-based Jeune Afrique news magazine recently, the Southern Cameroons leader, President Sisiku Ayuk Tabe noted that the level of barbarism being perpetuated by Mr Biya’s military and his government militias as they pursue their genocidal war and scorch earth policy to completely annihilate the Southern Cameroons (Ambazonia) is alarming.

So far, as a result of the on-going genocide in the Southern Cameroons (Ambazonia), an estimated 20,000 people have been killed, over 280 towns and villages have been burnt down, over 120,000 people are seeking refuge in Nigeria and further afield, over 1million people are internally displaced or living in bushes and over 3,000 persons incarcerated in prisons and detention facilities.

It is also reported that over 4.5. Million people are at risk of famine. There are calls for Mr Biya and his military and private militia to be held accountable for the crimes committed in Southern Cameroons.