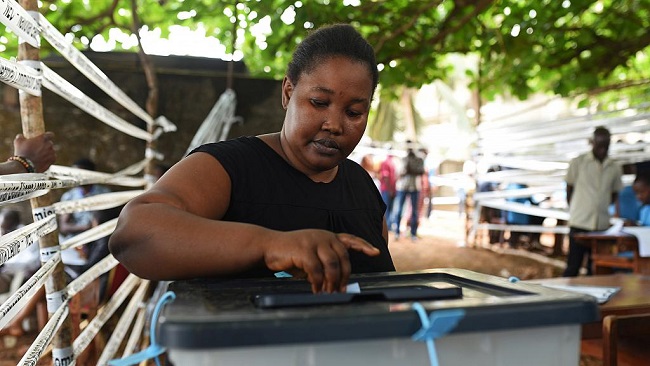 Sierra Leone’s electoral staff prepared polling stations in Freetown early on Saturday morning as voters queued for a presidential run-off which was delayed by claims of electoral fraud.

“I am here to vote for the process. I am here, again, so I can have a credible election and credible results that is why I am here to come and vote,” said Idris Kamara, a voter in Freetown, as electoral staff put up polling station signs and prepared the ballot boxes.

The run-off is between the main opposition leader Julius Madaa Bio of the Sierra Leone Peoples Party (SLPP) and Samura Kamara of the ruling All Peoples Congress (APC) party.

Bio led with 43.3 percent in the first round of the vote with runner-up Kamara taking 42.7 percent.