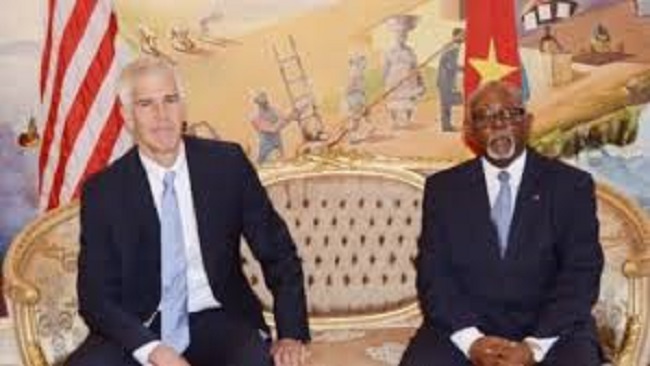 Yaounde lashes US over ‘abuses’ in Southern Cameroons 0

Cameroon’s government has blasted the United States for accusing its forces of abuses, including “targeted killings,” in an English-speaking region of the country wracked by a separatist insurgency.

In a statement received by AFP on Thursday, the foreign ministry said it had expressed its “deep disapproval” of comments made by US ambassador in Yaounde, Peter Barlerin, last week.

His action “violates all diplomatic conventions as well as the rules of civility and law, both in style and substance,” it said.

Barlerin was summoned to the foreign ministry on Tuesday, four days after alleging government forces had carried out “targeted killings” and other abuses against militants demanding independence for two English-speaking regions.

“On the side of the government, there have been targeted killings, detentions without access to legal support, family, or the Red Cross, and burning and looting of villages,” the ambassador said in a statement.

“On the side of the separatists,” he also stressed, “there have been murders of gendarmes, kidnapping of government officials, and burning of schools”.

The statement followed warnings by rights watchdogs over abuses in the conflict. It was issued after Barlerin met Cameroon’s 85-year-old president, Paul Biya.

The foreign ministry statement said such allegations were “totally unfounded.”

“Despite almost daily harassment and heavy losses in terms of lives and equipment, (the security forces) have always kept in mind, with professionalism and rigour, the rules of engagment and international humanitarian law.”

Anglophones account for about a fifth of Cameroon’s population of 22 million.

Most of them live in the Northwest and Southwest regions that in colonial times were administered by Britain, joining francophone Cameroon after it gained independence from France in 1960.

Decades of resentment about perceived marginalisation in education, the judiciary and the economy escalated last year, culminating in the announcement on October 1 of a putative separate state called Ambazonia.

The UN’s Office for the Coordination of Humanitarian Affairs (OCHA) says around 160,000 people have been internally displaced and 20,000 have sought refuge in neighbouring Nigeria as a result of the violence.