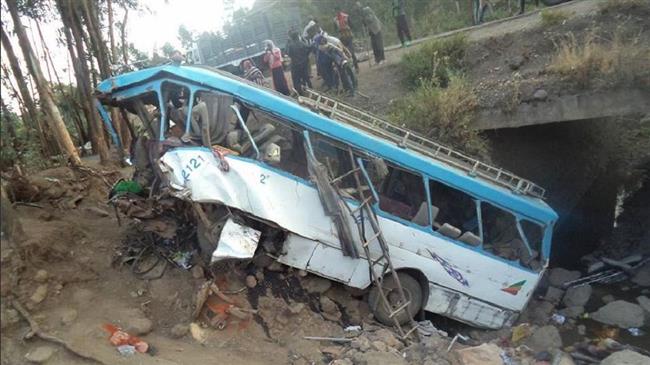 Fana Broadcasting Corporation reported on Tuesday that the bus veered off the road and went into the trench.

It said an additional 10 people were injured.

The broadcaster reported that most of the victims were university students. It said the accident happened in the south Wollo area.

According to a report in Ethiopia last year, traffic accidents claimed the lives of more than 16,000 people in the country between 2014 and 2017.