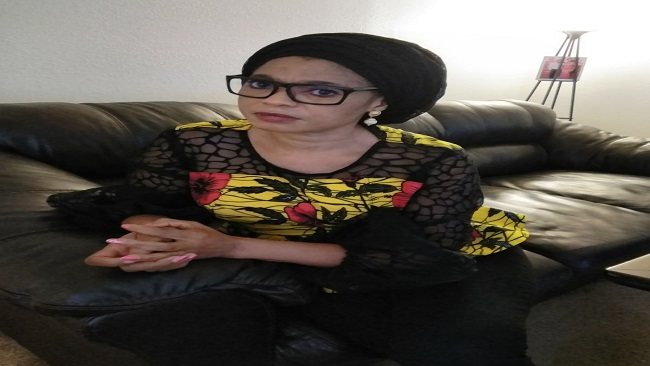 A Call For Compassion: An Open Letter To Mrs. Chantal Biya 0

The First Lady of the Republic of Cameroon

It is with greatest concern and respect for the future of women, children and people of Southern Cameroons (Ambazonia) that I greet you in this unusual correspondence. It is my hope and certainly my trust that this letter finds you in the best of health.

I still recall the excitement and joyous day on April 23rd, 1994, when as a young woman you got married and became the First Lady of the Republic of Cameroon. I celebrated that day for two reasons; that the country had as First Lady a younger woman and with the establishment of the Chantal Biya Foundation that same year, you demonstrated your desire to attend to the sufferings of the vulnerable,underprivileged, the sick and weak in Cameroon. I knew that as a woman and a mother, the sanctity of life and the burning desire to protect it was very close to your heart and this has been demonstrated through your philanthropic and humanitarian efforts through the years.With your humanitarian credentials, there was no doubt in my mind that you would protect the best interest of the people of Cameroon as their First Lady.

However, I write to you today, forced into exile and no longer in Cameroon, nearly twenty-four years later with a heavy heart. I hold a heavy heart because of the desperate and horrific situation in Southern Cameroons

The conflict in the Southern Cameroons has taken a terrible toll on the vulnerable community and the stench of death and desolation has engulfed the villages,towns and cities. The depravity and senseless disregard of human life by the security forces of the government of Cameroon is alarming. We are seeing scenes reminiscent of the Ethiopian civil war in the 80s with dead bodies abandoned on the side of our roads, charred bodies of our elderly and vulnerable, burnt alive in their homes and entire villages incinerated from the face of the earth.

The security forces are carrying out extra-judicial killings of the population, the lives of our active young men are no longer assured today than it is tomorrow, and our young women are raped with reckless brutality by the security forces of the government of Cameroon. The trauma and scars of death on the desolate eyes of our children seeing their parents savagely bludgeoned by the security forces is leaving a painful impact characterized by nightmares in these young minds. Most of the indigenous population has been forced into the open forest and exposed to the elements. Nursing mothers and women under their period are left with no options, but to use dead vegetation for their basic hygienic needs. It is a terrible sight to behold.

Cash crops like cocoa, coffee, palm kernels have been abandoned to waste in the farms because the farmers have either been forced to flee or are too afraid to even hold their artisanal tools like cutlasses to go to the farms because that is in itself a death sentence from the security forces. Almost 300,000 IDP and about 100,000 refugees living in squalid conditions in neighboring Nigeria, thousands killed, and some buried in mass graves and thousands arrested, abducted and whisked to dangerous dungeons in Cameroon. The economy of Southern Cameroons that have been systematically abandoned for the last 57 years has been completely eviscerated and devastated by the conflict, punitive curfews and road closures that make movement and commerce between villages and towns perniciously impossible and frustrating.

My hearts bleeds for the children and women rendered orphans and widows, my heart bleeds upon the dark clouds circling above Southern Cameroons, My heart bleeds for the painful and horrific burning of elderly men and women in their homes, the pain, the anger, the complete obliteration of entire communities and cultures. I weep for the mothers and wives of the young soldiers whose lives are also being wasted in this senseless war.

It was permissible in the beginning of this crisis that you stayed silent, it was permissible that you remained indifferent, but it is no longer permissible in light of what we know now. It is no longer permissible as a mother of the nation who understands the pain of childbirth to remain indifferent to the plight of the people of Southern Cameroons. It is a travesty that the pain and suffering of mothers and young women who looked up to you, who sang, praised and celebrated you have been abandoned and treated with this level of disdain. How do you sleep at night as a mother knowing that young children have been deprived of education because of the security situation for the past two years, how do you wake up each morning not knowing what may happened to your loved ones in Southern Cameroons and how can you stay mute for this long with the unravelling refugee crisis in Southern Cameroons. What has happened to the humanity in you? Cry My Beloved Country!

As the wife of Sissiku Julius Ayuk-Tabe (leader of Southern Cameroons), I understand the political implication of this crisis. However, there are times when humanity and government come together for a common goal. In this case, the goal is the protection of humanity; the innocent and helpless men, women and children in Southern Cameroons. They are unable to speak or defend themselves. They live in terror because they never know when they hear the sound of guns in their village, if it is their turn to be killed or taken away in the darkness of the early morning. Imagine the terror that overcomes them when they hear the deafening screams of a sister, aunt, cousin, a playmate or a mother being brutally raped. They know then that they are next. It is compared to an execution queue where men are waiting to be taken away for execution, and they hear the deadly sound of the firing squad as they queue in and wait their turn. The torture, taunts and torments are unimaginable, and you could hear grown men crying.

I realize that I may come under criticisms and accusations for writing this letter to you. I have no other motive to write this letter, other than for you to rally the mothers of Cameroon and bring pressure to bear on your husband and the government of Cameroon for an inclusive dialogue and a negotiated solution to this crisis and the immediate release of our leaders including my husband. The deafening silence from you is no longer acceptable. The lives of 8 million Southern Cameroonians and the fate of their leaders in jail is in your hands. Madam First Lady set the example for other women to follow.

It is not too late for you to send the message; that the mothers of Cameroon will no longer tolerate this war. The Southern Cameroons women will applaud you and women around the world will celebrate you.

The Lives of Southern Cameroons children, mothers and fathers also Matter and the continuing silence in the face of these killings is collusion.

I look forward to collaborating with you to look for an inclusive and negotiated solutions to this crisis.