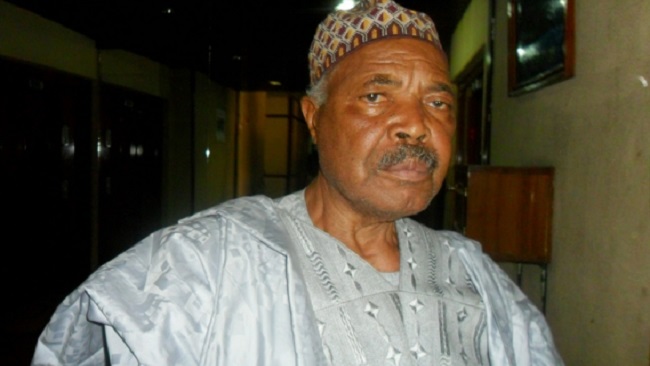 Hon. Achidi Achu, a CPDM party-machine politician who proved to be a surprisingly grassroots leader, died of complications from a stroke and Covid-19 that struck him recently. He was 86.

Achidi Achu made important and lasting contributions to the relations between Southern Cameroons and French Cameroun during his term in office and earlier when he was minister for justice.

He was a strong and vibrant Anglophone political elite and a dedicated and principled public servant.

Simon Achidi Achu as a tenacious leader saluted the memory of a man who managed to undertake with tenacity a daring programme of reforms, putting Cameroon as a nation in prime position to face great challenges of the 21st Century.

Achidi will be best known for getting Cameroon out of a dangerous political divide after the 1992 presidential elections and his hard work brought brighter prospects that were mismanaged again by the Biya Francophone Beti Ewondo regime barons.

Born on November 5, 1934 in Bamenda, Simon Achidi Achu was first an accountant at the then Bamenda-Widikum council and a trainee at the CDC.  After his studies at the University of Yaoundé and Enam, he worked as a translator-interpreter at the Presidency of the Republic.

He became the Secretary General at the Ministry of Public Service in 1971 and in 1972 Minister Delegate for State Inspection. He had a meteoric rise in the United Republic of Cameroon system and from 1972 – 1975, he was Minister of Justice. From 1992 to 1996, he was Prime Minister and Head of Government and moonlighted as a member of the ruling CPDM Political Bureau.  He was also a senator when the so-called Upper House was introduced in 2013.

Close aides to Biya had reportedly urged the president to appoint Achidi Achu as the main Cameroon government negotiator for the Anglophone problem. Achidi won the hearts of many following his 15 February 2017 declaration that called on Yaoundé to release all Southern Cameroonians detained in Francophone jails and accelerate the decentralization process that was agreed and documented in the 1996 Constitution.

His retirement home was burnt and one of his adopted sons was shot in Bemenda on January 24, 2020, when the Yaoundé government attempted to roll back separatist attacks.

Some of his critics maintain the view that Mr. Achidi Achu as a staunch member of the ruling CPDM was also one of the architects of the strategy use by Biya to oppress the people of Southern Cameroons.

Under his watchful eyes, the Yaoundé government has been on a home-burning spree over the last four years in the two English-speaking regions of the country.

Many Southern Cameroonians have been killed by trigger-happy government forces and Mr. Achidi Achu, considered as a major voice in the country never condemned the violent method the Francophone dominated government has been employing to combat restoration forces, most of whom live in the jungle.

Mr. Achidi Achu went about his business as if nothing was actually happening in English speaking Cameroon and he militated in a party whose method of dealing with descent was condemned by the international community until he breathed his last.