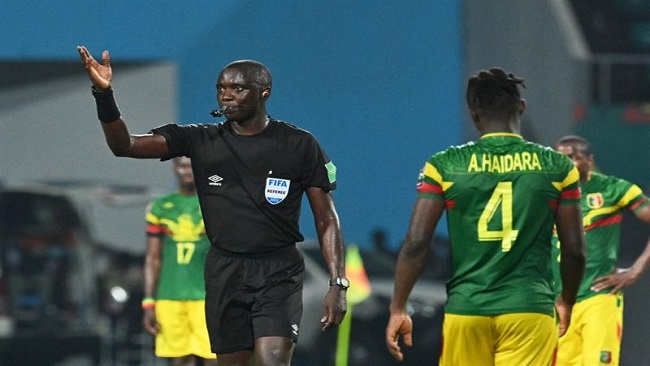 Africa Cup of Nations: Egypt file complaint against appointment of Gambian as referee for Cameroon clash 0

The Egyptian Football Association (EFA) said on Tuesday it had lodged a formal complaint with African governing body CAF over the appointment of Gambian Bakary Gassama for their clash against Cameroon in the Nations Cup semi-final on Thursday.

The EFA did not provide any explanation for its action in a brief statement.

Gassama was in charge of Egypt’s opening 1-0 loss to Nigeria in the group stage.

The match was largely free of controversial incidents, apart from a penalty appeal by Egypt that was waved away by Gassama when substitute Ahmed Zizo fell under a slight challenge in the area in the second half.

Gassama is one of Africa’s most decorated referees, having officiated at several Nations Cup editions as well as the 2014 and 2018 World Cups.

The 42-year-old is best known in Egypt for taking charge of the team’s 2-1 World Cup qualifying victory over Congo in October 2017, which took the Pharaohs to the 2018 Russia finals for the first time since 1990.

He also refereed Ahly’s 1-0 home victory over Mamelodi Sundowns in the second leg of the African Champions League final in April 2019. The South Africans won the title with a 5-1 aggregate win.