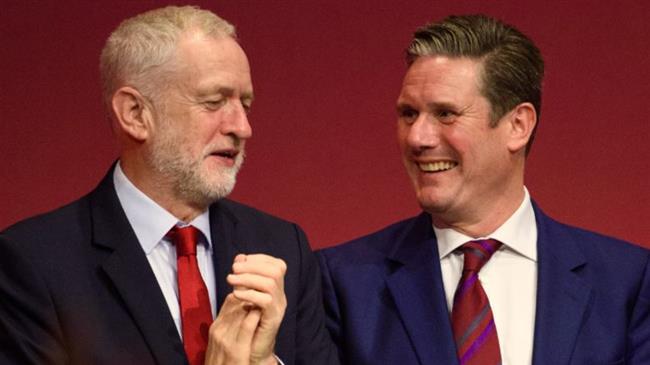 In a surprising U-turn, the UK Labour Party has announced that it is open to the idea of holding a second Brexit referendum if the parliament sees it necessary.

Speaking to BBC on Wednesday Shadow Brexit secretary Sir Keir Starmer said his party preferred to keep “all options” on the table in case the Members of Parliament (MPs) decided to vote down Prime Minister Theresa May’s deal with the European Union (EU) to finalize the country’s divorce from the bloc.

In June 2016 over half of British voters opted for leaving the EU, triggering a political storm that saw then PM David Cameron stand down and hand over the position to May, his pro-EU home secretary.

After weeks of clashes over the legalities of the exit given Scotland and Ireland’s opposition to Brexit, May was finally able to get the MPs to support her Brexit plan, allowing her to trigger the Article 50 of the Lisbon Treaty.

“If that vote is to reject the Article 50 deal parliament must decide what happens next,” Starmer told BBC. “In those circumstances it seems to me all options should be on the table.”

He said while Labour still preferred a parliamentary vote on the deal rather than a referendum, it was the parliament that was going to decide the next step.

“But I accept the proposition that if it’s voted down parliament then decides what happens next,” he explained. “And in those circumstances in my experience of the last few years, keep your options on the table not off the table.”

A year after the referendum, May, often threatening the EU with a no-deal Brexit, announced snap general elections in the hope of winning a bigger majority in Parliament to secure her footing and reduce the possibility of a rebellion.

But the gamble didn’t pay off as Labour won more seats and the ruling Tories lost their absolute majority only to get it back by forming an embarrassing coalition with the Irish Democratic Unionist Party (DUP).

The new Parliament caused more headaches for May by scrutinizing her Brexit bill and securing the final say on the outcome of the EU talks, a concession May never wanted to make.

Throughout all this, Labour leader Jeremy Corbyn, also a pro-EU, remained opposed to the idea of a second referendum while calling for a soft Brexit that involved keeping some trade ties with the bloc.

An online petition by The Independent for a Final Say referendum on any Brexit deal reached by May was signed by over 700,000 people as of Wednesday morning.