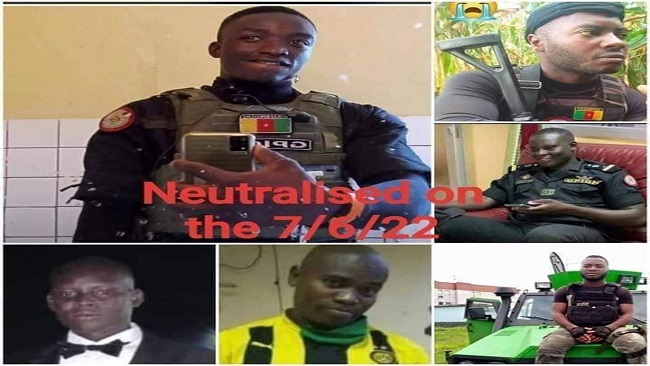 Cameroon Concord News correspondent in Bamenda who contributed to this report said the anti French Cameroun action was directed by a famous Amba commander known as General No Pity.

We gathered that six soldiers were killed and three others seriously injured.

After more than 59 years of marginalization, Southern Cameroonians led by their leader President Sisiku Ayuk Tabe declared Southern Cameroons an independent state in 2017, triggering a crackdown by the Francophone authorities.

The spiral of fighting has claimed more than 10,000 lives and prompted more than a million people to flee their homes, according to the International Crisis Group (ICG) think tank.

Amba fighters are now targeting military barracks, police stations, gendarmerie posts and Francophone officials, which they deem to be symbols of the French Cameroun state.

By Enowtaku Ebanghatabi Christelle with files from Fon Lawrence in Bamenda