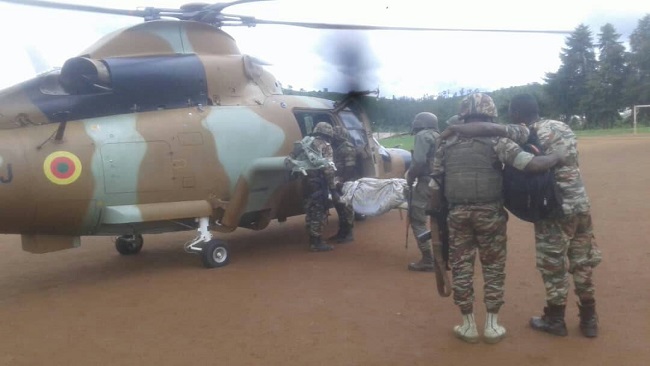 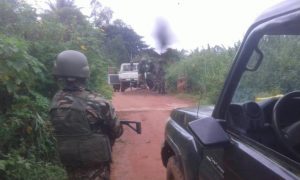 Cameroon Concord News sources in Wum reported that elements of the Rapid Intervention Battalion killed 11 teenagers including the son of one Pa Souley resident in Holy Trinity Quarters as he was fleeing violence in the embattled Menchum County.  We gathered that an additional machine gun attack in the Menchum area killed four more children today in Weh.

This is the second time in three days that a French Cameroun military action has resulted in dozens of Southern Cameroons civilian casualties in the Northern Zone. According to Ambazonian Interim Government medical sources, over 89 people, including 66 children have been killed in Esu, Weh and Wum in the last 4 days.

Acting President Ikome Sako has been pushing the United States Congress to get the UN Security Council to take action and end this conflict once and for all. The Biya Francophone regime in Yaounde announced that it was opening an investigation into deadly attacks by its soldiers in Southern Cameroons, but rights groups and advocates say nothing has been done ever since the war started.

The Yaounde regime has prevented human rights groups including the UN from carrying out a proper investigation of war crimes emanating from Cameroon government troops against civilian targets. The 85 year old French Cameroun dictator launched a devastating military campaign against English speaking Southern Cameroonians with the aim of crushing the Anglophone uprising and quest for an independent state.

Some 2,000 Southern Cameroonians have been killed and thousands more injured since the onset of the French Cameroun aggression. More than 50,000 others have fled into neighboring Nigeria.