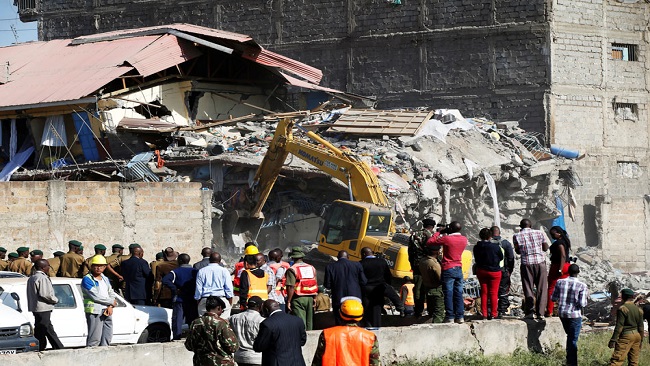 At least three people have been confirmed dead and several are feared trapped after a five-story building collapsed in a residential area of Nairobi, local media said on Sunday, June 3.

Eye witness accounts say locals rushed to the scene to help before rescue workers arrived, digging through the rubble of the building with their bare hands; they rescued a man and a woman who later died in hospital.

Former Governor Evans Kidero, said in June 2017 at the scene of a building collapse in a residential area of Nairobi, that at least 30,000 to 40,000 buildings constructed without approval in the Kenyan capital were at risk.

Kenya has seen similar tragedies in the past. A total of 49 people died in April 2016 when a six-story building in Huruma, a poor neighborhood, collapsed during a heavy nighttime downpour.