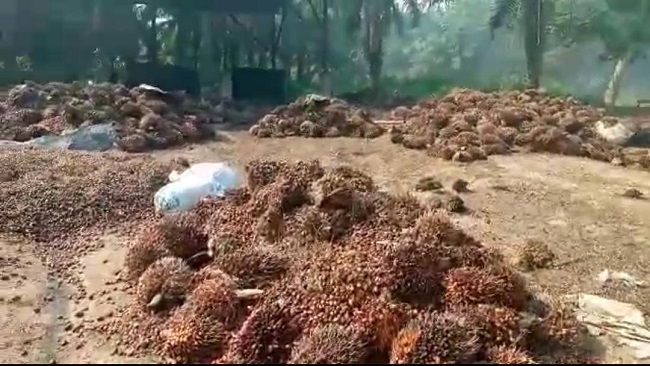 The atrocities being committed by Cameroon government army soldiers including pro Biya armed militias is heralding the complete and total  collapse of Southern Cameroons finances, and the war is placing a health burden on the English speaking population.

Suffering is deepening in all the 13 administrative units in Southern Cameroons particularly in Ekondo Titi-a locality in Ndian Division where Cameroon government troops recently destroyed nearly all local palm oil production facilities run by the inhabitants of the area.

A leading figure for peace in Southern Cameroons, Judith Nwana has been quoted as saying that the economy of the people of Ekondo Titi district is now in shambles amid rising poverty levels and increasing military operations by the regime in Yaoundé.

Ever since the war started in 2017, the economy in English speaking Cameroon has stagnated and per capita income has gotten a humpty dumpty fall leading to an increase in unemployment and deepening poverty.

The long term economic prospects for the people of Ekondo Titi and the entire Southern Cameroons-Ambazonia are even grimmer and there are no signs that these negative trends will be reversed soon following the unnecessary divisions among the Ambazonian groups and France’s ever increasing support for the 88-year-old President Biya.

The reasons behind the total collapse of the Southern Cameroons economy are the continues fighting between Cameroon government soldiers and the Ambazonia Restoration Forces, suffocation of Southern Cameroons business community by Francophone taxation officers, complete neglect of the territory by the Biya Francophone regime, deterioration of the security situation particularly in the rural areas and lack of an internationally backed peace initiative.