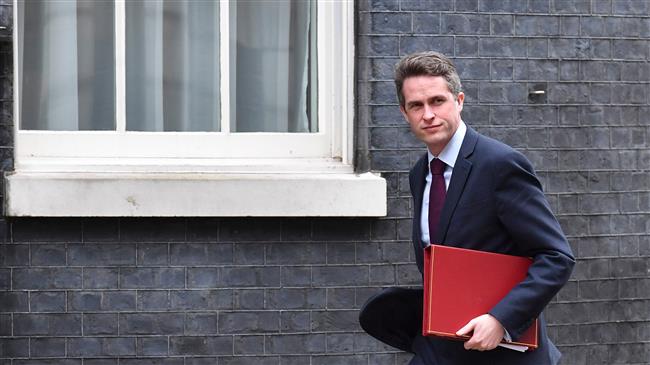 Britain’s defense secretary says that Russian President Vladimir Putin is trying to divide the UK from its allies, yet the world stands united behind the British in a “powerful message to the Kremlin.”

“The world’s patience is rather wearing thin with President Putin and his actions, and the fact that right across the NATO alliance, right across the European Union, nations have stood up in support of the United Kingdom… I actually think that is the very best response that we could have,” Gavin Williamson, who is in Tallinn, Estonia, said on Monday.

Willamson’s remarks come amid escalating tensions between Europe and Russia over the poisoning of former Russian double agent Sergei Skripal, 66, and his 33-year-old daughter, Yulia, in a British town.

London claims the Soviet-designed Novichok nerve agent has been used to poison the pair and points the finger at Russia.

Moscow has rejected the claims as “absurd,” saying the substance used in the attack could have originated from the countries studying it, including Britain itself. It has offered cooperation with London in probing the case.

Williamson arrived in the Estonian capital on Sunday for a two-day visit to see British troops who are based there as part of a NATO mission in the Baltic states to deter “Russian aggression.”

Last week, EU leaders issued a statement in Brussels, saying it was “highly likely Russia is responsible” for poisoning the Soviet-era spy.

Earlier this month Williamson said, “Russia should go away and shut up” when asked how the Kremlin should respond to 23 of its diplomats, thought to be spies, being expelled from the UK over the poisoning.

In retaliation for London’s “provocative” measures over the alleged poisoning, Russia also said that it would expel 23 British diplomats.

Skripal was found guilty by a Russian tribunal of selling classified information to Britain’s spy agency MI6 and was imprisoned in Russia in 2006. He was exchanged in a spy swap in 2010.