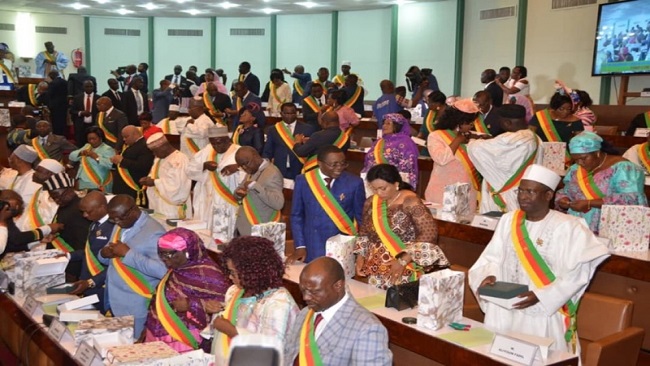 A senior CPDM Member of Parliament who is upset with the way the country’s president, Paul Biya, is running the nation has called on COVID-19 to visit Mr. Biya who is suffering from multiple health issues.

The Member of Parliament (MP), who called the Cameroon Concord News Group office in the United Kingdom yesterday, said that Mr. Biya and his collaborators had ruined the country, adding that it was time for him to quit the political scene and the planet.

The MP, who elected anonymity, regretted that COVID-19 had not been to the right places since it came to Cameroon. The senior CPDM official said it was wrong for young people to be killed by the invisible virus while those who, in their view, did not have any business on this planet were still hiding at the Unity Palace and other high places.

The MP added that Mr. Biya was the epitome of recklessness and incompetence, stressing that it would take Cameroon more than five decades to recover from the damage the Biya regime had inflicted on the country.

“Our country is going through the most trying times. The government is grossly incompetent and the captain of the boat is more concerned about his old age than about the future of a country he has ruined,” the MP said.

“I thought with the arrival of the virus on our shores, some of the human toxic waste would be swept away. The virus seems to be avoiding the real places it should have been visiting,” the Southwest MP regretted.

“What happened to the Unity Palace, the Senate and the National Assembly where some of the greatest destroyers of our country are hiding?,” the MP quipped.

“Nature is very unfair to Cameroon. Why would it let a bunch incompetent and corrupt dinosaurs to take an entire country hostage?,” the honorable member questioned.

Speaking about the Senate president, Marcel Niat Njifenji, who is currently in France battling for his life, the honorable Member of Parliament said the 86-year-old Senate President was a bag of lazy bones that was always ready to waste taxpayers’ money.

“Why is the state wasting such amounts of money to sustain a man who is, at best, a walking dead? Why would he be airlifted to France at a time when the country is looking for resources to check the spread of the Coronavirus?,” the MP asked.

The CPDM insider also advised that a combined session of the senate and parliament would soon take place to approve a government bill to be submitted for the creation of the post of vice-president in Cameroon.

The MP said he was not so sure about the new government configuration, but was prompt to add that the post of Prime Minister might disappear.

The MP warned that the constitutional amendment might not bring smiles to the faces of many Southern Cameroonians who have been fighting the government for years.

The MP also added that the president’s son, Frank Biya, might be appointed in the days ahead as many government insiders have expressed their concerns about the way things are being run.

The MP urged the Cameroon Concord News Group to use its privileged position to sensitize the world about the calamity that is slowly befalling the country.

“Why would Mr. Biya and his cohorts ever think that what happened in Togo and Gabon must happen in Cameroon? Cameroon is a different terrain and if such a primitive game had to play out in Cameroon, things could go horribly wrong,” the MP said.

“Cameroonians, the MP said, should be on the watch out. Opposition political parties must continue to be vigilant. I know my party and I understand that there is a lot of manipulation taking place within the system,” the MP said.

“As Cameroonians, we should not yield to such injustice. We must fight. I might belong to the ruling party, but I disagree with the mess that is playing out in our country. For some of us, we cannot complain. We have eaten and drunk with the devil and it will hard to say we cannot dance with the dangerous devil. We don’t have a choice, but we will continue to support efforts at ousting this evil regime from behind the scenes,” the MP concluded.