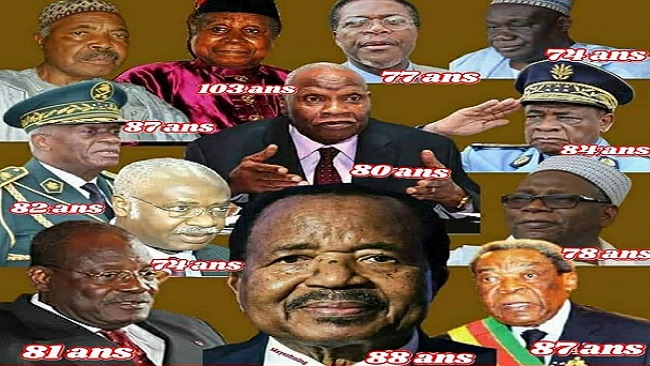 The numerous conflicts in Cameroon have failed to draw in major global powers except the French supporting the 88-year-old President Biya and members of his ruling crime syndicate.

The Biya family has ruled Cameroon since 6 November 1982 and now the man who took over from the late President Ahmadou Ahidjo is using the network he has built as the Commander-in-Chief of the Cameroon military to get his first son, Franck Biya, to succeed him.

To maintain his position as head of state over the last 38 years, Biya has implemented the divide and rule system and personalized power to such an extent that only he alone is seen by the international community as the person who can hold the country together.

Mindful of the fact that President Paul Biya has not groomed anybody within his ruling CPDM party to take power, the political elites from his tribal extraction are now aware that his successor would inherit a weak government and weak state institutions.

Many around Biya do not want someone from outside the Biya tribe to take over.

Similarly, the ruling Francophone political elites from the Centre and South regions are working tirelessly to get Biya’s eldest son, Franck Biya, to take over power.

Cameroon Intelligence Report has been reliably informed that Franck Biya is already receiving presidential protocol lessons and getting intelligence briefing from senior officials in the military, the gendarmerie, the secret service and the police.

Our source revealed that a cream of prominent Francophone media gurus have been recruited and tasked with the responsibility of making public the plan to the Cameroonian people to appear as if it is still a rumour.

Yaoundé has hinted all its CEMAC allies who also have the same philosophy of a son succeeding a father.

President Idriss Deby, who has ruled Chad for 30 years and recently got a nomination to run for a sixth term in the April election, is in support as he too has plans for his son to take over in Ndjamena.

Denis Sassou Nguesso of Congo Brazzaville, who like Idris Deby, has his children and blood relations as army generals, has reportedly given his blessings.

Sassou Nguesso has accumulated 36 years in office — he was most recently re-elected in 2016, after which the opposition was effectively sidelined and his two main rivals sentenced to 20 years’ forced labour.

It was a big yes from President Ali Bongo of Gabon bearing in mind that President Biya personally travelled to Libreville and supervised the handing over of power to Ali following the passing to eternity of his father, Omar Bongo.

It was not a big surprise to see more than six Cameroonian ministers, including Paul Atanga Nji of Territorial Administration and Joseph Beti Assomo of Defense in Equatorial Guinea after a series of explosions at a military barracks that killed at least 20 people and wounded more than 600 others.

Equatorial Guinea already has a President-in-Waiting who is the son of President Teodoro Obiang Nguema.

We also gathered that Franck Biya has been holding secret meetings with his father’s coterie of CPDM barons, many of whom supported him when he took over from Ahmadou Ahidjo.

As we write, Cameroon’s key institutions, such as the security services and military, including key ministries and state agencies are all headed by President Biya’s trusted allies.

Although these institutions are very weak politically, they serve as important vehicles of patronage and will provide an essential link between Franck Biya and his dad’s support base.

They are presently guaranteeing Franck Biya a strong sense of loyalty among state employees and beneficiaries and, in doing so; they are sturdy pillars of the Biya family’s continued stay in power.

French multinationals with interest in Cameroon are presently and carefully cultivating a number of journalists both at home and abroad, academics and policy-makers to help Franck Biya appear accessible, sympathetic and thoughtful.

If things go according to plan, then Cameroon is really in for tough times as many groups will emerge to make the country ungovernable.

Southern Cameroonians have already made their intentions very clear. They want an independent country that will not be part of the mess known as La République du Cameroun. They also want to run their country based on Anglo-Saxon political values and principles; a country that will be bereft of French baneful influence.

For the northerners, they are sick and tired of being treated as second class citizens in a country they think is also theirs. They too are already setting up their own militias designed to challenge Yaoundé’s authority in the northern part of the country.

The days ahead are challenging and if the international community does not come out of its loud silence to condemn the chaos being orchestrated in Yaoundé, it will be left with a sticky situation on its hands once Mr. Paul Biya exits the world and the different factions and militias roll out their plans.