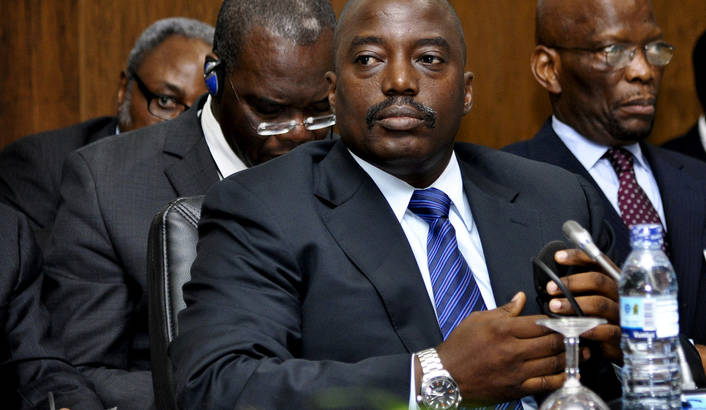 The accident happened on a road in the southwest of the country, 220 kilometers (110 miles) south of Kinshasa, as Kabila was returning to the capital on Tuesday.

“Last night, a vehicle in the presidential motorcade was hit on the Matadi highway at Kimpese by a truck carrying cement,” communications official Yvon Ramazani told AFP on Wednesday.

“Three soldiers in the Republican Guard were killed along with two civilians who were nearby,” he said. Seven soldiers and four civilians were also injured, Ramazani said, adding that the accident had been caused by heavy rain.

Kabila “stayed on the site until the emergency services arrived, and personally supervised the ambulance evacuation of dead and injured,” he said.

The Republic Guard is an elite force tasked with the protection of the president. Kabila was returning from a stay in the sea port of Matadi.

Roads in the Democratic Republic of Congo, a sprawling, poverty-stricken country, are notorious for accidents. Poor road surfaces, overladen vehicles and excessive speed are often the causes of mishaps.

Kabila on Wednesday was to meet in Kinshasa with the presidents of the neighboring Republic of Congo and Angola, Denis Sassou Nguesso and Joao Lourenco, for a tripartite meeting.