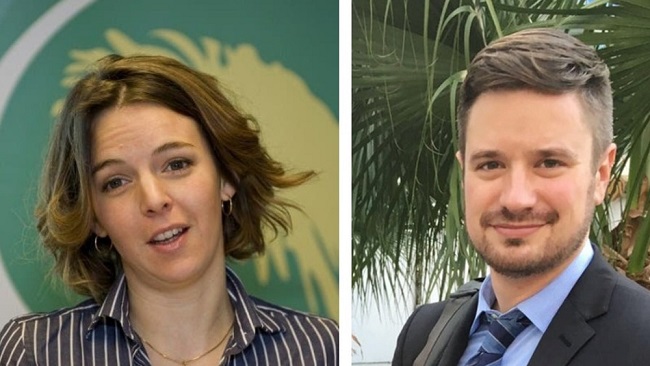 A court in the Democratic Republic of Congo has sentenced 51 people to death over the killing of two United Nations experts.

Michael Sharp from the US and Swedish Zaida Catalan were killed in 2017 in the volatile Kasai region while on mission for the UN.

The military court on Saturday convicted the defendants, who were almost all militia members, on multiple counts including terrorism, murder, participation in an insurrectional movement and war crime through mutilation.

Of the 54 suspects on trial, 22 fugitives were tried in absentia. Two defendants, including a journalist and a police officer, were acquitted.

The two UN experts were on a UN mission to investigate a conflict between government forces and an armed group in the central Kasai region in March 2017 when they were stopped on a road and executed summarily by the armed men in a nearby field.

Catalan was then decapitated.

The bodies of the two UN experts were found on March 28, 2017, days after they went missing.

Congolese officials have blamed the incident on the Kamuina Nsapu militias, who were in conflict from 2016 to mid-2017 with the Congolese army forces in the region.

However, the DR Congo has been the scene of deadly violence for decades with armed militant groups oftentimes raiding villages and killing civilians.

DR Congo is a mineral-rich country that produces diamonds, gold, copper, cobalt, cassiterite (tin ore) and coltan, which is used in mobile phones, personal computers, automotive electronics, and cameras, as well as oil, coffee and timber.

Despite the abundance of natural wealth, the Congolese people live in poverty.  In 2019, DR Congo ranked 178th in Gross domestic product (GDP) per capita.