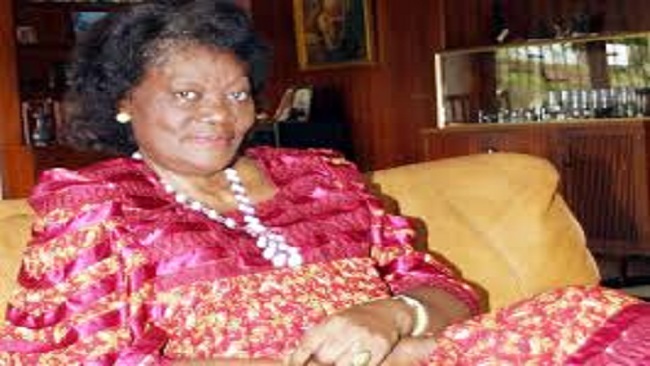 Delphine Tsanga Tsogo, the first female cabinet minister of the United Republic of Cameroon has died in Bastos, Yaoundé at age 85 from a stroke.  Delphine Tsanga was the Minister of Social Affairs who curbed the power of the late President Ahidjo’s Cameroon National Union, CNU and raised the profile of the Cameroonian woman in political circles in Yaoundé.

Nicknamed the Cameroon Shakespearean Juliet, Delphine Tsanga was also credited by West Cameroon admirers with championing equal opportunities for all- a CNU policy that favoured President Biya’s ascension to power in 1982.

The current board member of Elections Cameroon was expected this morning at the agency’s Yaoundé head office in preparation for the regional elections.

Condemned to a wheelchair by an undisclosed illness for several years, the former Minister was rumoured to have died on 21 March 2020.