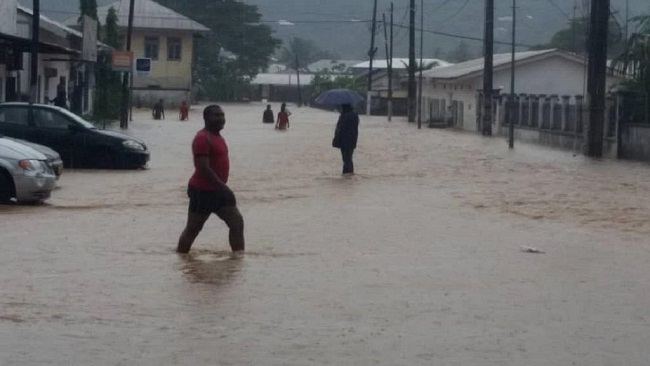 Local media portals in Cameroon are reporting of floods in parts of the country. On Tuesday, the city of Limbe in the country’s South West was hit by floods.

Whiles in Douala, the country’s largest city and economic capital located in the Littoral region, heavy rains accompanied by landslides are said to have left scores stranded.

Videos and photos shared on social media showed streets submerged as flood waters have risen to knee-level of people who attempted wading through.

Some journalists are also reporting that in the case of Limbe, as the waters receded, people are counting their loses. There are no official account of loss of lives but local media are putting it at ten.

Floods continue to cause havoc across parts of Africa where high rain patterns have resulted in loss of lives and destruction to properties. The most recent was in the capital of Ivory Coast, Abidjan where government was forced to evacuate close to 200 families.