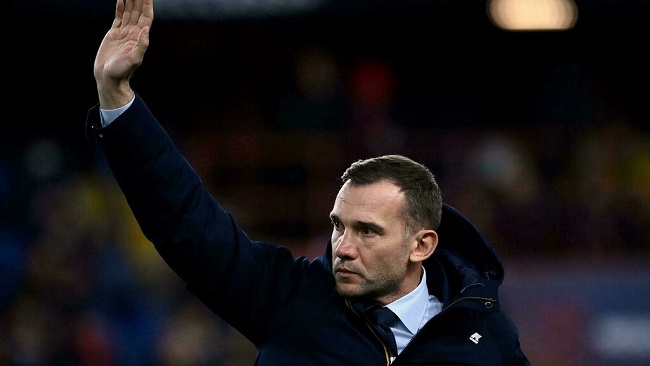 Andriy Shevchenko has been sacked by struggling Genoa after just over two months in charge, the Serie A club announced on Saturday.

In a statement, Genoa said that Under-17 coach Abdoulay Konko would be caretaker manager until the club finds a permanent replacement for the Ukrainian.

Former AC Milan and Chelsea striker Shevchenko had only won one of his 11 matches in all competitions after being hired by Genoa on November 7, his team’s latest defeat coming against Milan in the Italian Cup on Thursday.

Genoa, who were taken over by American backers 777 Partners in September, sit second-bottom in Serie A, five points from safety.

The 45-year-old scored 175 goals in 324 matches in two spells with Milan, twice emerging as Serie A’s top scorer and winning a Serie A title and the 2003 Champions League.