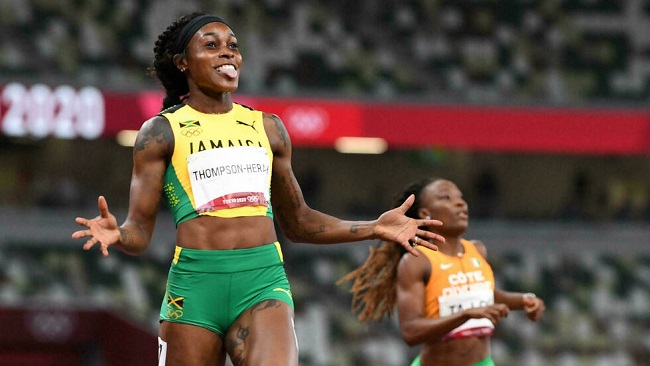 Jamaica’s Elaine Thompson-Herah made Olympic history in Tokyo Tuesday, blazing to victory in the 200 metres to complete an unprecedented women’s sprinting “double-double”.

Thompson-Herah, the 2016 Olympics 100m and 200m gold medallist who successfully defended her 100m title on Saturday, bagged a record fourth individual gold after storming home in a blistering 21.53sec.

The 29-year-old Thompson-Herah’s time was the second fastest in history after Florence Griffith Joyner’s world record of 21.34sec set at the drug-tarnished 1988 Seoul Olympics.

As well as becoming the first woman to claim a 100m-200m “double-double”, Thompson-Herah is the only female track and field athlete to win four individual Olympic golds.

Thompson-Herah got off to a blistering start, building a lead off the bend which she never relinquished.

It looked as if Thomas and Jamaica’s Shelly-Ann Fraser-Pryce would take the silver and bronze, but that duo were passed by a scorching finish over the final 20 metres from Namibian teenager Mboma who plundered silver.