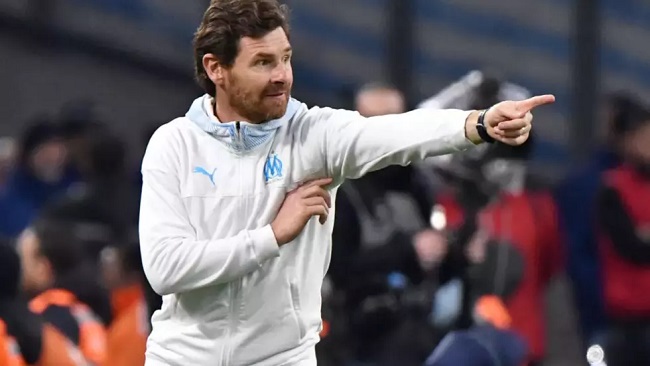 Andre Villas-Boas will coach Marseille in the Champions League next season, the French club has rushed to announce amid mounting disquiet among fans alarmed by reports the Portuguese was set to leave after just one year in charge.

“After several discussions in recent days with Frank McCourt and Jacques-Henri Eyraud, Andre Villas-Boas has confirmed that he wants to continue working with OM next season,” the club, formally known as Olympique de Marseille (OM), told AFP on Monday.

L’Equipe, France’s main sport daily, also wrote that Villas-Boas had chosen to stay on, citing the “unanimous” support of his players and management pledges to invest in the squad as key factors in his decision.

Last week, Marseille offered Villas-Boas — whose existing deal runs until the end of next season — a two-year contract extension as doubts persisted over his future at the club following the departure of right-hand man and sporting director Andoni Zubizarreta.

Villas-Boas, 42, led the former European champions to second place behind Paris Saint-Germain in the most recent Ligue 1 season, which was ended early because of the coronavirus pandemic.

Marseille, who are owned by American tycoon Frank McCourt, are therefore set to feature in the Champions League next season, Europe’s top-tier club competition, for the first time since 2013/14.

However, the former Porto, Chelsea and Tottenham Hotspur coach has expressed concern about the club’s ability to invest in new signings this summer, with experts noting that the current squad is ill-equipped for the challenges of Champions League football.

Confirmation that Villas-Boas — who is popular with Marseille fans — will remain in charge came just hours after supporters groups castigated the board for what they called “years of ruinous management”.

In a joint statement, fans also criticised the system of refunds for seat-holders deprived of matches after the Ligue 1 season was ended prematurely due to the coronavirus. One option proposed by the club was for ticket holders to forgo a refund and donate the money instead to help its finances.

“It seemed logical to us a month ago to give this money to the club to help it through a difficult period,” the fans wrote on Monday. “However information since then has led us to question this. It’s clear that we are in financial difficulty due to years of ruinous management.”

They added: “Is it really up to us to shore up the incompetence of our directors or the shortcomings of our players?”

After listing further grievances the letter concluded: “Management get out! Come on Marseille!”

Marseille last won the French title in 2010. On Sunday, Eyraud, the club president, announced via social media his intention to hire a “business director” and his determination to build up the club despite all the current problems.