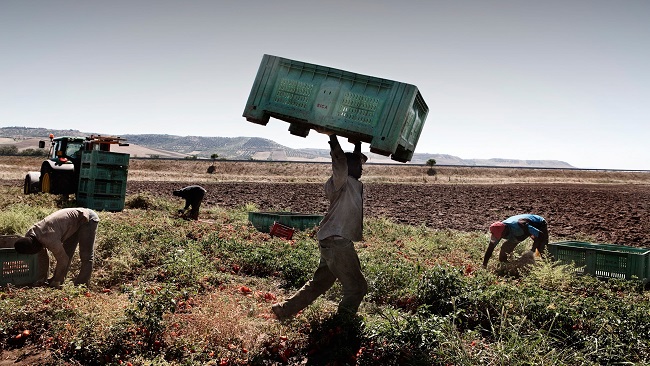 As the coronavirus crisis enters its sixth week in Italy, Italian farmworkers’ labor union FLAI-CGIL has sounded the alarm over the high number of migrants working in the fields without adequate protective measures.

Last month, in an attempt to contain the virus outbreak, the government ordered the closure of all non-essential businesses also introducing stiff restrictions on activities considered essential.

Social distancing and the use of masks, gloves and disinfectant have been made compulsory in factories, supermarkets and public offices still operating.

However, FLAI-CGIL has warned that as many as 250,000 legally-employed migrants and many more undocumented ones working for little pay in the agriculture sector are at risk of being infected.

The mayor of Bergamo, one of the worst affected cities from Covid-19 in northern Italy, has recently called on the government to speed up the issuing of the yearly decree that regularizes non-EU migrant workers.

The national Farmers’ Association Coldiretti estimates that a quarter of the food produced in Italy relies on the hands of more than 370,000 seasonal workers coming from abroad every year. With just a few days to go before the picking of fruit and vegetables, the situation is becoming alarming.

Unions believe tens of thousands of undocumented migrants could be granted a temporary permit thanks to a clause included in a security decree aimed at curbing migrant flows issued by previous government’s Interior Minister Matteo Salvini.