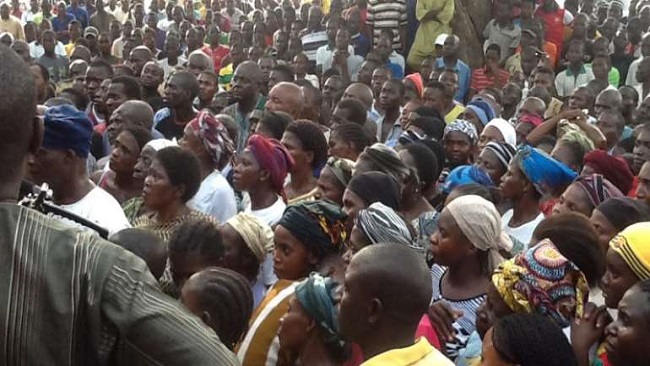 Southern Cameroons refugees, who fled brutal French Cameroun military crackdown in their home country of Ambazonia are not only facing deplorable living conditions in neighboring Nigeria but are being targeted by both Nigerian and French Cameroun army soldiers in the Taraba communities, according to Cameroon Intelligence Report sources.

Our correspondent in the Federal Republic of Nigeria in a recent report said Southern Cameroonians have become a target in Taraba where Cameroon government army soldiers have carried out several raids ever since Abuja and Yaoundé agreed to counter both the Biafra and Ambazonia separatist movements.

The exodus of persecuted Southern Cameroonians from their homeland state started in 2016 when the 88-year-old President Biya declared war against English speaking Southern Cameroonians. Since then, thousands relocated to neighboring Nigeria, in a bid to escape persecution, murder, arson and rape by the Francophone military backed by France.

The number of Southern Cameroonians currently living in refugee camps in Nigeria is said to be about 200,000. Opportunities and health care in Cross River and Taraba states in Nigeria for the Southern Cameroons refugees are worse and in many local governments non-existent.

The Fulani dominated government in Nigeria headed by the frail President Buhari has issued detailed instructions for deportation of prominent Southern Cameroons activists, provoking an unprecedented cross-border crackdown against the Southern Cameroons communities in Calabar and Taraba states.