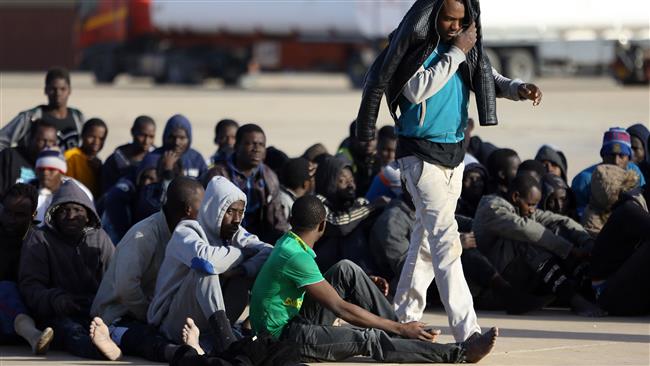 Nigeria has started evacuating thousands of its citizens trapped in Libya amid reports of rampant abuses against Europe-bound refugees in the North African state.

Nigerian Foreign Minister Geoffrey Onyeama told reporters during a visit to Tripoli on Saturday that he expected an estimated 5,500 Nigerian citizens to be repatriated as part of the process, but noted that the situation on the ground made it hard to ascertain the exact number.

“Our president has made available all the resources necessary to repatriate all the Nigerians here,” said Onyeama, adding that two planes had been assigned for the task.

Thousands of Nigerians have been stuck in Libya after failing to make the perilous journey across the Mediterranean Sea to Europe.

According to a report by Al Jazeera, Nigerians in Libya have conveyed horrific accounts of abuses ranging from imprisonment and torture to slavery and rape.

Citizens of Nigeria make the largest national group among African refugees traveling to Libya in the hope of crossing from there to Italy by sea en the route to other European states.

Around 500 Nigerians were brought in by the government in the first round of the evacuation process over the weekend.

“They talked about various abuses – systematic, endemic, and exploitation of all kinds,” said Onyeama. “There were obviously interests that wanted to keep as many of them there as possible because they were commodities.”

In November 2017, the CNN aired footage, showing live auctions in Libya where black youths were being sold for hundreds of dollars to buyers as farmhands.

The footage drew global outrage, with UN Secretary General Antonio Guterres saying the reported auctions of refugees as slaves amount to “crimes against humanity” and calling for an immediate investigation into the matter.

Several protests were also held in European cities to condemn the slave markets, with the participants blaming the European Union’s support for a 2011 NATO military intervention in Libya for the current chaotic situation in the African country.

Libya has faced a power vacuum since the NATO military intervention resulted in the downfall of its longtime dictator Muammar Gaddafi in 2011. Since then, the country has been grappling with chaos and the emergence of numerous militant groups, including the Takfiri Daesh terror group.

The UN’s International Organization for Migration (IOM) said 171,635 asylum seekers entered Europe by sea during 2017.  Italy, Greece, Cyprus and Spain were the main destinations, with nearly 70 percent arriving in Italy.