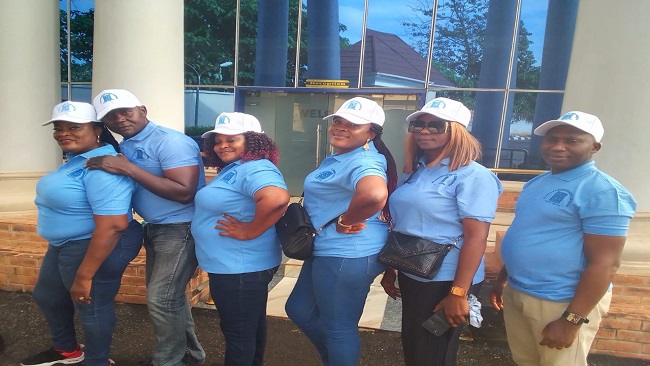 Members of the 1985 batch of the Roman Catholic Mission (RCM) Mamfe who pride themselves as being the children of Mrs. Getrude Jingwa, Late Pa Ojong, late Mr Nkeze, Mr Abang Vitalis, Mrs. Bridget Agbaw-Ebai, late Mr Peter Okafor, late Pa Ojongfong, late Teacher Orock Café and the tough disciplinarian the late Arrey Michael who was their headmaster met recently in Enugu, Nigeria as depicted in the picture below. From left to right,

The Class of 85 Nigeria Chapter used the opportunity to thank their brothers and sisters, those on ground Zero (Cameroon) and those in the Diaspora for making the reunion a remarkable one.

Members are also looking forward to other reunions which should result in fundraising efforts for their beloved Alma Mater.

They urged those who are not yet part of the reunion effort to join and to make meaningful contributions towards the development of the group which reminds them of their childhood days in Mamfe.

Members of the group promised to keep in touch and to keep the flame burning.

By Soter Tarh Agbaw-Ebai (Class of 85)