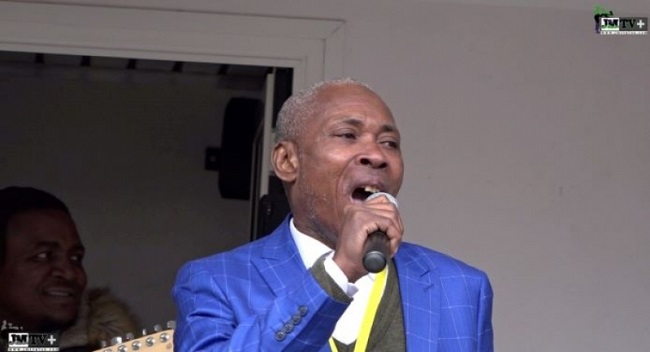 Nkodo Sitony Death: Legendary Bikutsi singer to be laid to rest in his native Kaa village 0

Legendary Bikutsi artist Nkodo Sitony who passed away on December 21, 2021 at the Central Hospital in Yaoundé will be laid to rest in his native village of Kaa in the Centre Region on Saturday.

The 62 year old had a place in the minds of not only French speaking Cameroonians but all the people of Southern Cameroons and beyond following a more than 40 years of musical career that marked the Cameroonian music stage with successful songs including “Métil wa” and “Mba Mvoe”.

Singer, songwriter, performer, Nkodo Sitony was an accomplished artist. He was a lover of the guitar, the tam-tams and the balafons with which he exploited for more than 40 years.

Nkodo Sitony was one of the most celebrated Bikutsi singers in the 90s. He was also popular for his work in Beti, Fang and Ewondo languages.

He migrated to France and lived in Paris for over 15 years and finally returned home in 2019.

The renowned musician died after a long battle with cancer. He was reportedly weakened by ill health and was less visible on the scene until his death. He left a huge work of 25 albums and received a number of awards with the most prestigious ones being the politicized Cameroon artist of the year award.