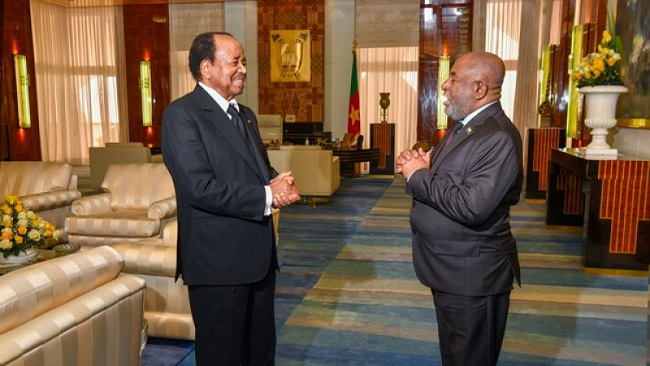 Of the five African heads of state invited by the 88-year old President Paul Biya for the opening ceremony of the Africa Cup of Nations, only Azali Assoumani of the Union of Comoros showed up. Francophone African leaders including President Roch Marc Kabore of Burkina Faso and Macky Sall of Senegal pressured by Paris to make the trip to Yaoundé were conspicuous by their absence from the gathering of world football leaders.

A highly placed Cameroon government official who spoke to our Yaoundé City reporter late on Tuesday on grounds that he should not be identified said everyone at the presidency of the republic regretted that President Kabore of Burkina Faso and Macky Sall of Senegal did not avail themselves of the opportunity to address football issues in Africa. He however added that Biya was indeed the problem “as he never visits other African countries”.  Yaoundé has also expressed disappointment at several African governments’ political decision to not attend the Africa Cup of Nations.

Cameroon Concord News gathered that some of the African administrations have called on Etoudi to reconsider its Southern Cameroons war approach and commit in good faith to live up to its political-economic commitments towards the people of British Southern Cameroons.