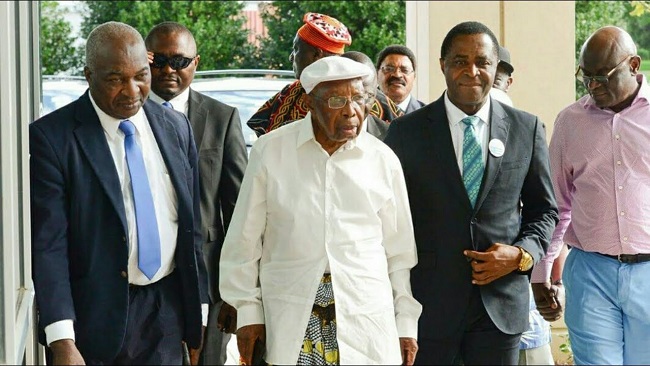 The Southern Cameroons chief executive President Sisiku Ayuk Tabe displayed emotion from his cell at the Kondengui High Security prison in French Cameroun when news got to him that the veteran patriotic Ambazonian soldier Mola Njoh Litumbe had passed to eternity.

Cameroon Intelligence Report Yaoundé city reporter who met the jailed Ambazonian leaders in Kondengui revealed that Sisiku Ayuk Tabe described Mola Njoh Litumbe as his most important Ambazonia leader and commander with whom he shared a deep bond.

In a statement to the people of Southern Cameroons, exiled Ambazonia Vice President Dabney Yerima noted that “Mola Njoh Litumbe will be engraved in the consciousness of our nation as one of its true intellectual and revolutionary giants. On this solemn day, his courage and purpose will be celebrated with all Ambazonian flags at home and abroad flying at half-mast.”

The late Mola Njoh Litumbe will be lionized as an Ambazonian figure that embodied Southern Cameroons’s lethal reach in the face of a vicious French Cameroun genocidal campaign against the people of Southern Cameroons.

Mola Litumbe was a committed leader who conferred with President Sisiku Ayuk Tabe often and cemented the dream of getting to Buea soonest and helped to preserve and advance the principles of the Southern Cameroons four years revolution.