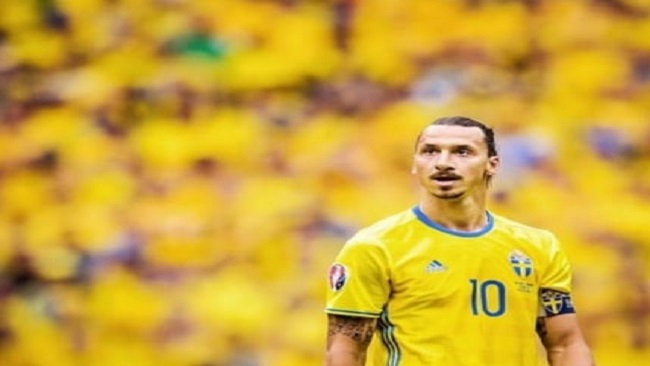 Return of the god: Ibrahimovic is back in Sweden squad 0

Zlatan Ibrahimovic will return to Sweden’s squad after an almost five-year hiatus to play in World Cup qualifiers at the end of March, head coach Janne Andersson said on Tuesday.

The player, known for his not-so-humble ways, also announced his return himself by posting a picture of himself on Instagram in the Swedish team kit with the caption “The return of the God”.

The 39-year-old AC Milan striker retired from the Swedish squad after the 2016 European Championship after winning 116 caps and scoring 62 international goals.

Media had speculated about Ibrahimovic’s possible return to the national team, but the Swedish Football Association had refused to comment until Tuesday, when he was announced among the players selected for the qualifiers against Georgia on March 25 and Kosovo on March 28, as well as a friendly against Estonia on March 31.

Ibrahimovic has been nursing a muscle injury lately but hopes to return to the pitch on Thursday when Milan face his former club, Manchester United, in the Europa League round of 16.

The Swede has made headlines over the years with cheeky hints that he could be returning to the Swedish team.

But things took a more serious turn last autumn when he told media in the Scandinavian country that he missed playing for the team.

Ibrahimovic and coach Janne Andersson then met for talks.

Without “Ibra”, Sweden reached the 2018 World Cup quarter-finals and qualified directly for Euro 2020, which have been postponed to June-July 2021 due to the Covid-19 pandemic.