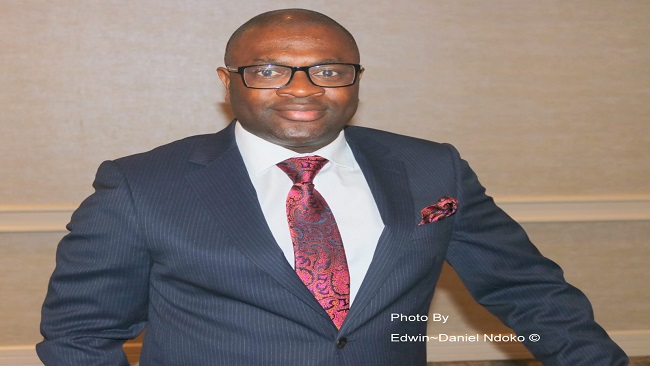 SOBA UK President given a hero’s welcome in Ireland,Says UK Convention will be at Hilton, St. George’s Park 0

Several members of the Sasse Old Boys Association in the Irish Republic queued at the Dublin International Airport and gave a hero’s welcome on Saturday to the veteran leader of SOBA UK and members of his delegation. The Dublin airport reception was a display of SOBA Ireland’s support, independence and alumni culture to the responsible leadership of SOBA UK.

A key figure in the Soban community in the Diaspora, Akoh Arrey, has spent more than a decade building SOBA UK including solid partnerships with SOBA Germany, Ireland and the United States. He was elected president of the association in 2014 and he is credited with helping to develop a welfare scheme that has been beneficial to all Sobans in the UK.

Addressing members of the SOBA Ireland family on Saturday the 15th of September, President Akoh Arrey said ,”We are delighted to announce the SOBA UK Residential Convention which will take place from the 21st to 23rd September 2018. The Gala night will be on Saturday 22nd September 2018 at The Hilton, St George’s Park in Burton Upon Trent. Last year, we had a very successful Convention at Dunchurch Park, Rugby, Warwickshire which continued to set high standards for SOBA UK.”

The SOBA UK leader added that “This year we are going to the splendid venue at The Hilton, St George’s Park, Burton Upon Trend. This is the Home of England National Teams befitting of a World Cup year, which saw the England National Football Team make it to the last 4 teams in the World Cup football tournament. We believe that Sobans, their families and guests will have a fantastic time in such a wonderful venue.”

Cameroon Concord News Group understands that the theme of this year’s SOBA UK Convention is “Together We Succeed“,  a reflection on the difficult year the association and people have had both in the UK and Cameroon. The focus will also be on the crisis in the Northwest and Southwest regions in Cameroon which has led to thousands of people being displaced and significant loss of lives. SOBA UK will be looking to assist where possible and will also be seeking support from the public.

For his part, President Charles Eyombo thanked Akoh Arrey for his support to SOBA Ireland over the years and assured SOBA UK of SOBA Ireland’s participation in the up coming Residential Convention. SOBA UK President was accompanied to Dublin by Chief Batey the current Financial Secretary and the much respected SOBA UK patron in the person of Hon. Francis Suppo.

By Soter Agbaw-Ebai in Dublin