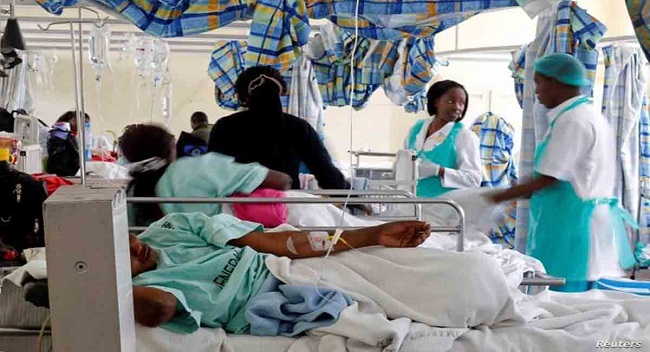 Hospitals in Cameroon’s Southwest region have been swamped with hundreds of patients as cholera deaths have increased to 44, a health official said.

Over 1,700 cases have been reported in the region from March 11 to 23, according to figures released by the Southwest Regional Delegation of Public Health.

At least 14 people died of the disease between Wednesday and Thursday, raising the death toll to 44 in the last two weeks, Eko said.

“We have cases practically all over our region. Our three major treatment centres are completely overpowered,” Eko told Xinhua.

He said hospitals do not have enough beds for patients, some of whom are staying in tents or along corridors in the facility premises.

The situation is dire in the seaside resort town of Limbe, where at least 400 infections were detected on Wednesday, according to officials.

Eko blamed the outbreak mainly on the lack of clean water and public latrines in the region.

On Wednesday, the region’s governor, Bernard Okalia Bilai, urged local officials to build toilets in the affected areas within 30 days.