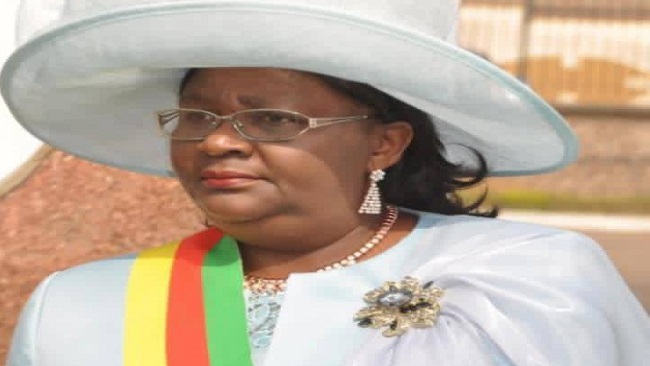 A pro Yaoundé Southern Cameroons politician has died en route to hospital in Buea after she became unwell. She has been named as Hon. Emilia Monjowa Lifaka, a member of President Biya’s ruling CPDM party.

Emilia Lifaka was reportedly with some family members when she suddenly fell ill on Tuesday evening. It is understood she suffered a possible “cardiac incident”. But Cameroon Concord News sources hinted that she contracted Covid-19 after celebrating her birthday recently.

Hon. Emilia Monjowa Lifaka entered Parliament in 2002. She has enjoyed the confidence of her electorates three times in very highly contested elections in the Fako constituency and in 2007 she was designated Deputy Majority Group Leader by the CPDM where she also moonlights as a Substantive Member of the Central Committee.

Hon. Emilia Monjowa Lifaka is a single mother with two adult boys. She holds a Diploma in Secretarial and Business Studies from Crown Secretarial.

She is also a holder of three National distinctions: