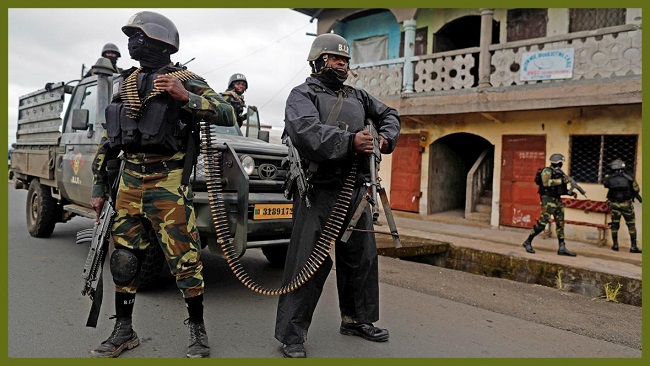 Two Cameroon government army soldiers and civilians were killed during a fierce battle involving Southern Cameroons Self Defense Forces on Wednesday in Kumbo, a military source said late on Thursday, highlighting the intensity of the violence.

The Francophone administrator in the area said five other soldiers including a lieutenant and several civilians were injured during the sporadic exchange of artillery fire between the Francophone dominated Cameroon government army and Ambazonia Restoration Forces.

The Cameroonian military rarely comments on reports of soldiers or civilians being killed in clashes in Southern Cameroons except being pushed to do so by the renowned Human Rights Watch. Southern Cameroons activists have meanwhile sometimes exaggerated the civilian death toll.

Cameroon News Agency reported that the walls and windows of the Catholic Church in Bamkikai where civilians ran for safety were also touched by bullets as soldiers went on rampage.