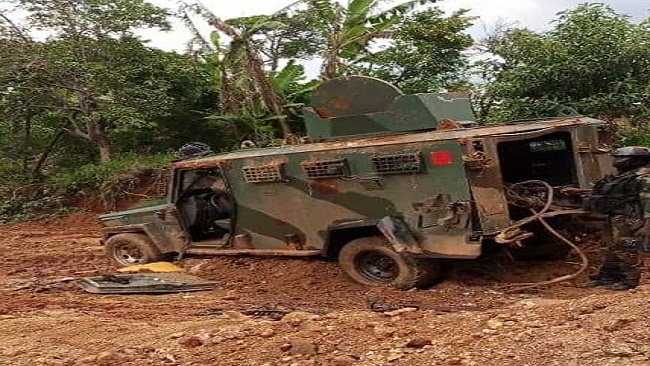 Cameroon Intelligence Report gathered from administrative sources in Bamenda that the armored vehicles were part of a huge volume of military equipment donated or sold to the Biya Francophone Beti Ewondo regime by the French to help it crush the British Southern Cameroons resistance.

A video released by the Bui Warriors also claimed that they had seized and destroyed several trucks from Cameroon government forces.

Cameroon government soldiers deployed to the rural areas in Southern Cameroons are evaporating in the face of Ambazonia pressure—sometimes without a fight, due in part to the perception that the government is reportedly crumbling as the 88-year-old President Paul Biya smells his last days on earth.