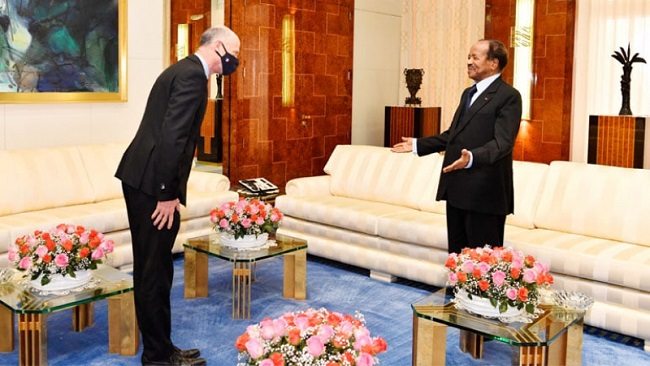 Despite claims by some French MPs and French diplomats of advocating human rights and an end to the war in English speaking Cameroon, President Emmanuel Macron’s administration has been dishing out millions of Euros to the repressive ruling CPDM crime syndicate in Yaoundé to support the Francophone regime in its genocidal campaign against Southern Cameroonians.

In his recent letter to the French Cameroun dictator, Paul Biya, Cameroon Intelligence Report gathered that President Emmanuel Macron assured Yaoundé of France’s continued financial and military support in its fight against Ambazonia Restoration Forces and promised more money that will be channeled under Boko Haram aid to La Republique du Cameroun’s war machine, whose arms and troops have been brutally killing English speaking Cameroonians for over four years.

Ever since the conflict started, France has indirectly supported French Cameroun’s military through financially assisting the regime’s crackdown on French Cameroun opposition figures that are hostile towards French business interest in Cameroon.

Cameroon under the 88 year-old President Biya is now the number-one beneficiary of French military aid although the Republic of Chad has been doing more of France’s dirty jobs in the CEMAC region and in Libya.