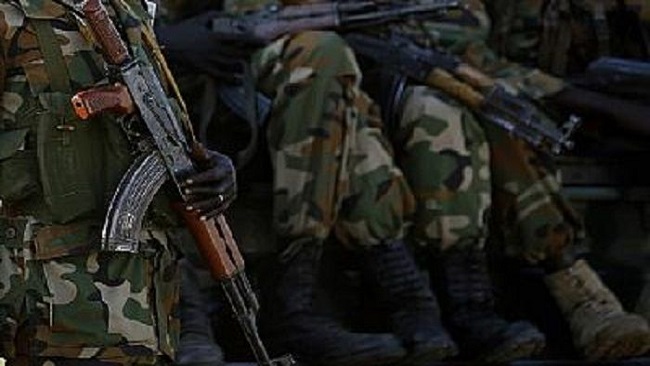 Cameroon’s military is currently on a rampage, killing anything in its path, as international pressure mounts.

Over 10 people were killed in Southern Cameroons yesterday, Friday, December 6, 2019 by the country’s military which seems to have received firm instructions to inflict pain on the population which is sympathetic to the secessionist movement.

In Mankon, North West region, two brothers were pulled out of their home and shot point blank by trigger-happy soldiers who had no explanation for the senseless killings.

In Mkpot, a small town some 20 miles from Mamfe town, Mr. Joseph Ayamba, a teacher in a local school, was pulled out of his home and killed by men in military fatigue.

Many corpses are being discovered in many towns in Southern Cameroons and the locals are putting the blame on soldiers loyal to the Yaounde government.

‘Red terror’ seems to be visiting many towns in the two English-speaking regions of the country and the government seems to be looking the other way while the military does its dirty job.

The latest killings seem to have been prompted by the increasing American pressure which is having a huge impact on the Yaounde government.

The Trump Administration has reduced its relationship with Yaounde over human rights abuses and last month, it excluded Cameroon from AGOA.

This exclusion has hit the cash-strapped Yaounde government like a ton of bricks.

Last month, the Biya government surreptitiously sent a high-level delegation to Washington D.C. to negotiate the country’s readmission into AGOA, but the Washington mission did not yield any results, as the Trump Administration is hellbent on bringing about change in Cameroon.

The Trump Administration that is regularly briefed by its Under-secretary for African Affairs, Tibor Nagy, is insisting that all Southern Cameroonians arrested during the crisis must be released.

The Trump Administration is also calling for the holding of an inclusive dialogue which is not going down well with the Yaounde government which considers Southern Cameroonians as terrorists.

Mr. Tibor Nagy, who clearly understands the tricks of the Yaounde government, has been urging the Biya government to espouse the Swiss initiative that has received international support, but the American diplomat seems to be talking to a wall, despite threats of economic and targeted sanctions.

Sources in the U.S. State Department have hinted that the Trump Administration is mulling targeted sanctions against Cameroonian generals and political authorities who are playing a significant role in the human rights abuses that are playing out in Southern Cameroons.

Among the sanctions being dangled by the Trump Administration are travel bans, visa refusal for political authorities and their families, and possible charges that might pave the way for officials like the Country’s territorial administration minister, Paul Atanga Nji, and defense minister, Joseph Beti Assomo, to be taken to the Hague.

Globally-recognized human rights watchdogs like the International Crisis Group and Amnesty International have accused government soldiers of committing some of the most atrocious violations in the two English-speaking regions of the country.

More than one million Southern Cameroonians are either internally displaced or have fled to countries like Nigeria, Equatorial Guinea, the United States, Canada, South Africa and Australia where they are working hard to frustrate efforts by the government to break the neck of the rebellion.

Southern Cameroonians across the world are pooling their resources to supply sophisticated weapons to the fighters on the ground.

Though the Washington-based Interim Government led by Vice President Dabney Yerima has been facing some challenges, other armed groups have gained lots of popularity and are inflicting excruciating pain on the country’s military.

The government has a crisis on its hands. With many armed groups operating in the region, it is hard for the Yaounde government to either negotiate or corrupt any of the groups, as the groups are too many and most of the groups have traded their hunting rifles for sophisticated weapons which are, indeed, a nightmare to the government which is already showing signs of fatigue.

With economic decline staring the government in the face, and the United States breathing down the government’s neck, it is clear that Yaounde will soon yield to international pressure.

Its Major National Dialogue seems to be a woeful failure, as no recommendations will be acceptable to Southern Cameroonians who are determined to walk away from a union that has been more of slavery than a political collaboration for the English-speaking minority.

Even the Special Status announced by the country’s president, Paul Biya, during the Paris Peace Forum, seems to be falling apart, as it has not generated any enthusiasm among Southern Cameroonians.

The contents of the Special Status are still unknown and the government seems to be in no haste to implement its own recommendation.

Some analysts hold that Mr. Biya might unveil the contents of the Special Status in his end-of-year speech which will be delivered on December 31.

But many Southern Cameroonians are not expecting much from any political arrangement that will be proposed by the government.

The government is known for speaking from both sides of its mouth and it does not have any track record when it comes to implementing its own policies and recommendations.

The 1996 Constitution which provides for decentralization has remained a dead letter for 23 years.

The government has been implementing those components of the constitution which suit its agenda and avoiding anything that may result in a reduction of its powers.

But despite its expert manipulation skills, the Southern Cameroons crisis will not be going away anytime soon. Guns and bullets will not lay the issue to rest.

The government must embrace dialogue if it really wants to restore peace in the two English-speaking regions of the country.

Over the last weeks, the country’s prime minister, Dion Ngute, has been hold meeting on how to rebuild the two English-speaking regions of the country, but rebuilding those regions is no rocket science. Justice and humility will bring long-lasting peace than all the manipulation and meetings.

It is injustice and arrogance that triggered the conflict and not a lack of long interminable meetings.

Southern Cameroonians have been hurt. They have been exploited and treated like second-class citizens. They are determined to put an end to the exploitation and injustice that have become the hallmarks of the Biya regime.

The Southern Cameroonian Diaspora, for its part, has transformed itself into a nightmare that will not go away anytime soon.

Its large war chest gives it the hope and courage to destabilize the Yaounde government.

But with 4 million Southern Cameroonians living out of the country, it is clear that the government will not address the issues through military violence.

If it wants to keep Cameroon one and indivisible, it must use federalism as that bait that could perform miracles.

The centralized system has shown its limits. It is predicated upon corruption and, over the last three decades, corruption has spread across the country like ragweed.

If peace has to return to Cameroon, the Yaounde government must change its ways. It must embrace dialogue and it must address the core issues that triggered the conflict.

It must stop holding that those who have picked up arms against the government are terrorists. The real terrorists in this conflict are army soldiers who have been gunning down innocent civilians for three years.

There is still time to rethink new ways which will enable Cameroon to come out of the mess its leaders have dumped it into.

The government cannot shoot its way to peace. The road to peace is tarred with humility, honesty and justice. Cameroonian leaders must demonstrate those virtues if they have the country’s interests at heart.