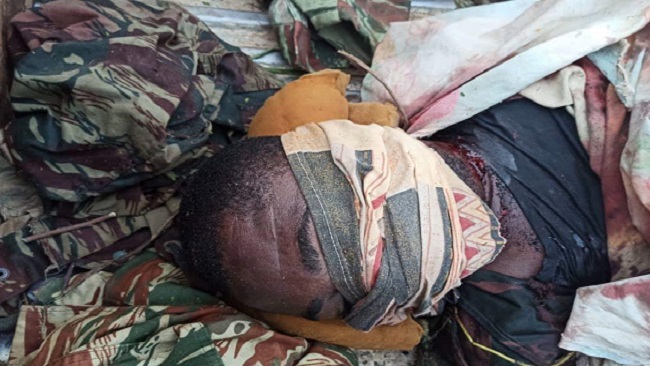 When the United Nations Secretary General, Anthonio Guterres, called for a global ceasefire for the world to fight the common, insidious and disruptive enemy, Southern Cameroonian factions immediately signed up to the ceasefire agreement, with their commanders calling on their fighters in Cameroon’s two English-speaking regions to suspend operations so as to give medical experts a chance to save the lives of their people.

The insidious enemy, the novel Coronavirus also known as COVID-19, was spreading across the globe like wildfire early this year and the  United Nations knew that without a cessation  of hostilities, many refugees and IDPs in the English-speaking regions of Cameroon would be left to their own devices to face a vicious enemy that has the nasty habit of  attacking any and everybody.

As the virus rolled into Cameroon with the fury of an 8.0 magnitude earthquake, it was clear that Ambazonian fighters had to make compromises. They knew the Yaounde government was as usual ill-equipped to deal with the virus and if the fighting had to continue, then the helpless and innocent population would be compelled to deal with a double whammy.

Even the most ferocious fighter, Field Marshal, had to suspend operations. But the Yaounde government instead saw this as an opportunity to expand its military operations in Southern Cameroons, especially in the north west region where hundreds have been murdered by army soldiers over the last month.

For over two weeks, the Minister of Defense, Joseph Beti Assomo, and Territorial Administration Minister, Paul Atanga Nji, have been ordering violent and covert military operations in Bafut where hundreds have been killed and thousands rendered homeless as the military burns homes and kills anybody in its path.

As the sex-starved and alcohol-inflammed soldiers implement their scorch earth policy, some of them fall into booby traps set by pockets of Southern Cameroonian fighters who are determined to defend their positions.

To the Yaounde government, the novel Coronavirus has offered it an opportunity to burn homes and kill anybody they suspect to be associated with the brave Southern Cameroonian fighters.

Today, it is unsafe for anybody to travel to the small towns in Southern Cameroons. Government officials who are making the most of the situation are targeting people they hate. Southern Cameroons has been transformed into Stalin-Leninist Russia where a few people make the laws.

It is easy for these government officials to brand anybody a terrorist and then haul them to Yaounde for them to face a long jail term.

In Mamfe for example, residents have been reporting that the current Manyu Senior Divisional Officer and senior council officials, some of whom have left office, have been taking advantage of young girls who are running away from the fighting that is still raging in many parts of Manyu Division.

As the population flees, many of them leave their home without belongings.  For the girls, the war has been a disaster. Many of them are homeless and desperately poor.

In many cases, these government officials will make huge promises to these girls, some of whom are teenagers, and in the process, the girls are abused sexually.

Since there is no mechanism that can help investigate some of those issues, many young girls just end up bearing their pain in silence, hoping that they would one day return to their villages if the fighting ended.

But there is no end in sight and there will be no peace for these girls who have been transformed into prostitutes. The government is in no mood to negotiate and its officials in Yaounde and in the two English-speaking regions have developed a war economy that is putting huge amounts of money in their pockets.

These girls and other victims of abuse cannot take the matter to the police as the police bosses are in cahoots with the Senior Divisional Officer and his military criminals.