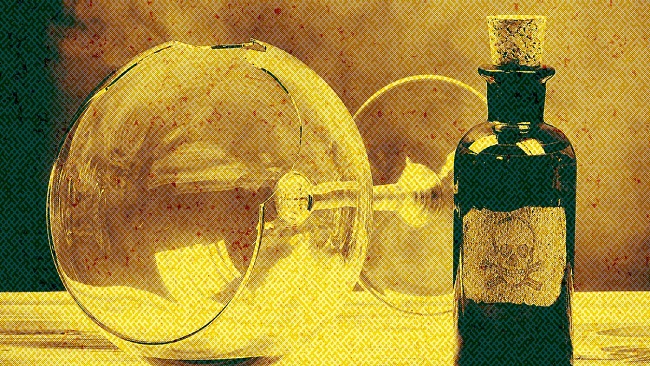 Southern Cameroons Crisis: Thou shall not take the poisoned gift! 0

History has it that wicked people know how to bite and blow at the same time, and this is actually playing out in Cameroon where the arrogance and greed of a few have resulted in the displacement of thousands of Southern Cameroonians.

This week, Cameroon’s long-serving and ailing president, Paul Biya, who is the reason why things are falling apart in the country and the architect of the Southern Cameroons crisis, ordered his territorial administration minister, Paul Atanga Nji, an ex-convict and con man, to ensure that some CFAF 600 million is spent on internally displaced persons from Southern Cameroons.

For more than three years, Mr. Biya’s sex-starved, alcohol-inflamed and trigger-happy militia has been killing, maiming and exploiting innocent Southern Cameroonians just because they have complained that the current political dispensation has been hurting them and it clearly leaves much to be desired.

For those who have escaped the government-owned killing fields in Southern Cameroons, life has become a nightmare, as everybody is considered a suspect and the territorial administration minister had unleashed a group of youthful criminals on the population with the objective of giving the insurgency a very bad name.

These government-sponsored criminals have been killing and raping women across Southern Cameroons. Some of them have been burnt alive by the population after figuring out that the criminal gang has nothing to do with the brave Southern Cameroonian fighters who have given the unprofessional soldiers a run for their money.

The Biya massacre and slaughtering business is still thriving despite calls by the international community for an end to such ignoble business that is run by Yaounde-based army generals who are shareholders in the Biya killing conglomerate.

Children, pregnant women, old mothers and fathers, as well as armless citizens have all been victims of a government that is clearly on a diet of power.

The Biya killing machines are still at work and many more Southern Cameroonians are leaving the country in droves in fear of the disaster that the Yaounde government has manufactured for them.

While thousands are heading to the Middle East, many of those who do not have passports are simply crossing the border to neighboring Nigeria where they are living rough.

Their homes have been burnt down by army soldiers who have no regard for human life. The memories of Kwakwa where an elderly woman was burned alive by reckless and plundering soldiers, the inhuman killings of pregnant women and children in Ngarbuh and the overt burning of homes in Muyengue, Ikata and Muyuka are still very fresh in many Southern Cameroonian minds.

Killing has become a government unregulated sport in Cameroon because of one ego-driven person who holds that he has been ordained by God to rule the country and maybe get buried with it when he dies.

Southern Cameroonians will never forget. The pain is still unbearable. Their homes have been burnt and their loved ones have been sent to an early grave by a government that is supposed to protect them.

No gifts, no matter how expensive, will erase the negative feelings that are inhabiting the minds of Southern Cameroonians.

Southern Cameroonians have not committed any crime and it is their right to express their frustration with a system of governance that does not place the citizen at the center of things.

While citizen-focused governance is an idea whose time has come in many parts of the world, in Cameroon, Mr. Biya and his crime syndicate hold that the country belongs to them and anybody who holds contrary views does not deserve a place in that country.

Mr. Biya’s ruling CPDM is a carbon copy of the Soviet-era communist party that raised corruption and insensitivity to unimaginable levels.

Drinking has become a sport in Cameroon and it has really distorted the minds of many Cameroonians who unfortunately hold that it is the best enjoyment they can have although it accounts for more than 40% of premature deaths in the country.

For Southern Cameroonians, yours should never be the kingdom of alcohol. Though the Biya killing conglomerate might have pushed you out of your  homeland, you must always ensure that you keep your dignity.

Thou shall not take Mr. Biya’s poisoned gift. He is not sincere about helping you. The best thing he can do for Cameroon is for him to call for a genuine national dialogue that will lead to the resolution of those issues that have sent Southern Cameroonians out of their God-given territories.

If he is serious, he should meet with your president, Julius Ayuk Tabe, who despite poor prison conditions is holding up properly. He is still in his right frame of mind and, in his view, only genuine and sustain dialogue can determine the country’s future and not the multiple presidential decrees that are not even worth the paper on which they are published.

The crime syndicate cannot be burning down your homes while offering you bread and sardine for Christmas. Bekondo in the Southwest region was burnt down yesterday by those plunderers who call themselves soldiers.

The Southern Cameroonian is a dynamic and hard-working citizen. He needs a conducive environment to operate freely and not bread and sardine from an enemy whose cardinal objective is total dominance.

Dignity is a currency that is not designed for everybody, but the Southern Cameroonian has it. Your suffering is temporary and you must keep on working hard to earn a living instead depending on a government whose hallmark is corruption.

As you spend this festive period out of your territory, always bear in mind that you will one day return to your homeland where your current suffering will be a distant memory. Merry Christmas without the Biya poisoned gift!