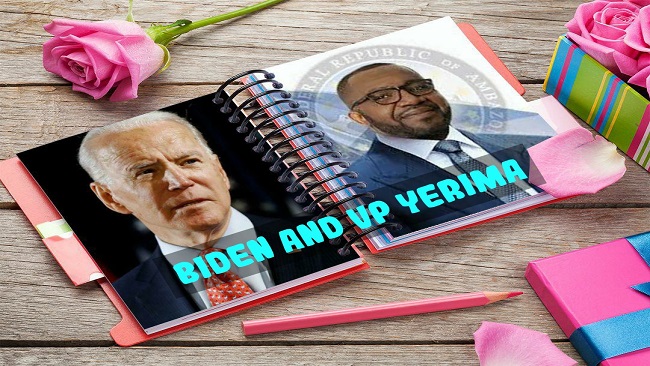 The Yaoundé government received a double whammy on Monday, June 7, 2021 following the release of a Human Rights Watch report that clearly indicts the government for its inhuman brutality, while the United States announced visa restrictions against those responsible for the perpetuation of violence in Cameroon’s two English-speaking regions which has been the theater of a bloody and senseless violence between armed Anglophone groups and the army.

Since the Biden Administration came to power in January 2021, its Secretary of State, Antony John Blinken, has focused on the conflict in Cameroon, urging the Yaoundé government to seek peaceful means to bring about sustainable peace in the two English-speaking regions.

On Monday, Blinken stepped up pressure for a peaceful resolution to Cameroon’s conflict between state forces and English-speaking rebels by imposing visa restrictions on individuals believed to be undermining efforts to end the crisis.

Mr. Blinken said in a statement that “this decision reflects our commitment to advance a dialogue to peacefully resolve the Anglophone crisis and support respect for human rights.”

The sanctions are aimed at “those who undermine the peaceful resolution of the crisis,” the U.S. State Department said in a statement, without naming those targeted by the ban.

However, many people across know some of those in government who have been seeking to perpetuate the fighting as it gives them leverage and wealth. Paul Atanga Nji, the territorial administration minister; Joseph Beti Assoumo, the defense minister; Fame Ndongo, the higher education minister and Laurent Esso, the justice minister and their family members are those who are really targeted by the U.S. sanction, a source at the State Department has hinted the Cameroon Concord News Group.

The country’s two English-speaking regions have been gripped by fighting since 2017 as the rebels try to break away from the predominantly Francophone government. Some 7,000 people have died and more than 700,000 have been displaced as a result of the violence.

Announcing the visa sanctions, Secretary of State Antony Blinken said the United States was deeply concerned by the continued insecurity and called for both sides to negotiate for peace.

“We condemn those who undermine the peace by provoking or inciting violence, human rights violations and threats to peacekeepers and humanitarian workers,” the U.S. diplomat added.

“Washington is deeply concerned about the continuing violence and continues to call on the Cameroonian government and armed separatist groups to end the violence and engage in dialogue without preconditions to peacefully resolve the crisis,” the statement further said.

The English-speaking minority in Cameroon’s northwest and southwest regions blame the French-speaking majority for marginalizing them, instead of looking at how to address the issues, the Yaounde government resorted to terrible crack-down that has resulted in a bitter civil war that will not be ending anytime soon if external pressure is not mounted the government which holds that only military violence can deter Southern Cameroonians from walking away from hastily patched union between English speakers and French speakers.

It should be recalled that the Administration had also taken some measures aimed at bringing the government to the negotiating table, but the French-backed government has been very arrogant and indifferent to human rights abuses and the killing of civilians.

President Trump said he would ax Cameroon from a trade program that allowed African countries to sell goods to the United States on a duty-free basis, citing “persistent human rights violations” in a letter to Congress.

The decision came as U.S. officials accused the Central African nation of extrajudicial killings and unlawful detentions amid conflicts that had displaced more than a half-million people over the past two years.

Despite intensive engagement between the United States and the Government of Cameroon, Cameroon had failed to address concerns regarding persistent human rights violations being committed by Cameroonian security forces.

The announcement came several months after the US scaled back security assistance as a result of Cameroon’s Francophone military committing multiple human rights abuses against Anglophone civilians.

While the U.S. was threatening a targeted visa ban, the human rights watchdog, Human Rights Watch (HRW) made things more complicated for the government by releasing a report on the situation in Cameroon wherein he put the blame squarely on the Yaounde government, indicting it of curtailing human rights and limiting free speech.

“Violence has been rife in Cameroon’s North-West and South-West regions since late 2016, as armed separatists seek independence for the country’s minority Anglophone regions. Separatists’ targeted civilians, including aid workers, students, and teachers, while continuing to enforce a boycott on children’s education. Security forces have also committed a litany of abuses including the killing of civilians, arson, sexual violence, and torture of suspected collaborators with separatist groups. Boko Haram attacks are a persistent threat in the Far North region. The Cameroonian government has also taken steps to limit freedom of expression and association, including through the arrests of hundreds of opposition party members and supporters in September 2020 following peaceful demonstrations,” says the HRW report

It also highlighted actions by government forces on February 14, where government forces and armed ethnic Fulani killed 21 civilians, including 13 children and 1 pregnant woman, in Ngarbuh in North-West region.

The report pointed out that residents told Human Rights Watch the attack was to punish civilians suspected of harboring separatist fighters. The government initially denied soldiers were involved in the attack, but in March, following international pressure, President Biya established a commission of inquiry into the killings which resulted in the government admitting to the fact that its security forces bear some responsibility for the killings.

Government violence knows no limits. On June 10, 2020 a grenade was fired into the courtyard of the district hospital in Bali, North-West region, following clashes between government soldiers and separatists, leading to the death of one cardiac patient. At least four others were injured as a result.  Security forces also damaged a health facility in the North-West region on June 30, 2020 and arbitrarily arrested seven people.

However, the report also indicts separatist fighters who have also been committing serious atrocities. However, on the whole, the government that is supposed to engineer peace in the country is to blame for the escalation of the conflict and the enormous abuses that have taken place since 2016.