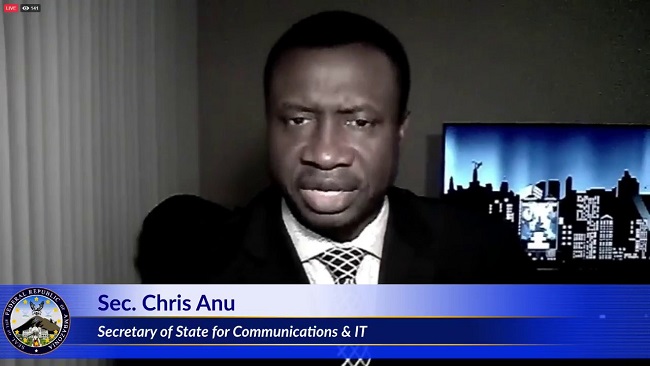 Southern Cameroons media guru, Chris Anu who also moonlights as the Communication Secretary for the Interim Government of the Federal Republic of Ambazonia has finally made his position clear on the leadership situation deep within the Anglophone struggle, saying the clamour by Southern Cameroonians in both the Northern and Southern zones is “Not to kill its victims, but to go after those who have made us victims.”

Chris Anu implicitly denounced the so-called leader of an obscure organization known as the Ambazonia Defense Force, a militant group led by Cho Ayaba, which has been playing drums of killings and kidnappings and creating sectional unrest among Ambazonians. “Yes this is a revolution, but a revolution doesn’t go after its own especially those considered powerless’, Chris Anu wondered aloud in a posting on his face book page.

Chris Anu observed that “Why should all these politicians and the Atanga Njis of Cameroun walk free and the Ayabas go after powerless people? Chris stressed that his recent take on Ayaba Cho has nothing to do with the Interim Government but further pointed out that “If good people in this revolution do not stand up to Ayaba who is bent on sacrificing this struggle at the altar of power and fame, then Count Me Out”.

Mindful of the fact that the people of Southern Cameroons are ever ready to partner with the powerful Anglophone Diaspora groups in order to ensure the restoration of the state of Southern Cameroons, Chris Anu submitted that “We must collectively show Ayaba the door out of any form of leadership in this struggle.”

Cho Ayaba claimed the credit and paraded him in a social media video on March 10 as prove that his group actually had him in custody. Chris Anu has now revealed that he was since killed.

Our chief political editor, Soter Tarh Agbaw-Ebai had previously sounded a note of caution to Ambazonians to move away from the Cho Ayaba gang. Said Agbaw-Ebai ,“With the dust now settled, Southern Cameroonians can see clearly that there is no difference between Ayaba and La Republique forces. If the Lebialem Dragons had killed Prof Leke Tambo, that would have been the end of the revolution in Bangwa land.”

Soter Agbaw-Ebai noted that Southern Cameroons defense groups should and must respect the laws of war.