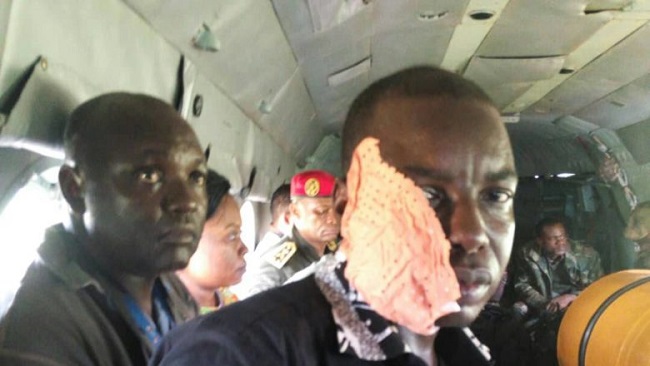 At least five persons were injured on Thursday following an attack by separatist fighters on the convoy of Cameroon’s Defense Minister along the Kumba-Ekondo-Titi road in the South West Region of the country, sources have confirmed.

According to credible reports, four soldiers and a journalist working for state -run newspaper Cameroun Tribune who were all part of the Minister’s convoy heading to a military camp in Small Ekombe along the Kumba-Ekondo Titi road were all injured in a shoot out that ensued between the military and separatist fighters.

Army spokesperson Colonel Didier Badjeck who was also part of the convoy said six “secessionists were neutralised” in the course of the shootout.

According Grégoire Djarmaila, the journalist, one of the embedded journalists who sustained an injury, their convoy met stiff resistance from the fighters who were stationed on both sides of the road after erecting barricades.

The convoy succeeded to reach its destination but once again under fierce attack on their way back with the attackers targeting the armored car in which the Defence Minister Joseph Beti Assomo was found.

In the course of the shootout, a shattered glass particle caught me on the jaw and I started bleeding,” Grégoire Djarmaila, the injured Cameroun Tribune journalist said.

However, they succeeded to get to Kumba safely before being air-lifted to Douala where the other injured four soldiers were given medical attention.

Thursday’s events followed days of fierce fighting in Kumba, Buea and other parts of the North West and South West Regions in Cameroon with several casualties recorded on both sides.