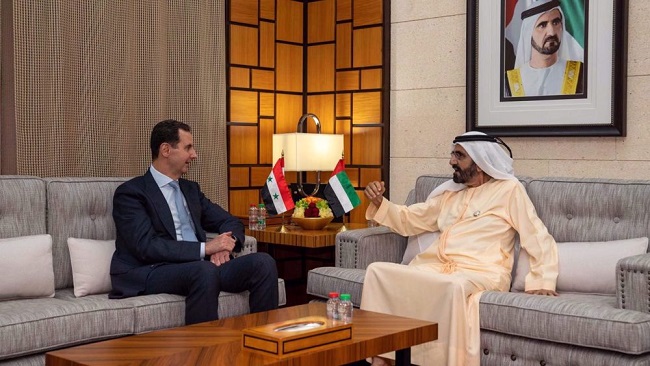 Syrian President Bashar al-Assad visits the United Arab Emirates in his first such visit to an Arab state since the beginning of foreign-backed violence in Syria.

“The UAE is keen to strengthen cooperation with Syria,” the Emirati official added, describing the two nations as “brotherly peoples.”

Assad, for his part, urged that in order to protect the region, “we must continue with adherence to our principles, the sovereignty of our countries, and the interests of our peoples,” the official Syrian Arab News Agency (SANA) reported.

Assad’s visit to the UAE took place only months after the Emirates’ Foreign Minister Abdullah bin Zayed Al Nahyan traveled to the Syrian capital Damascus. It also came amid the widely-reported prospect of Damascus’ return to the Arab League regional grouping.