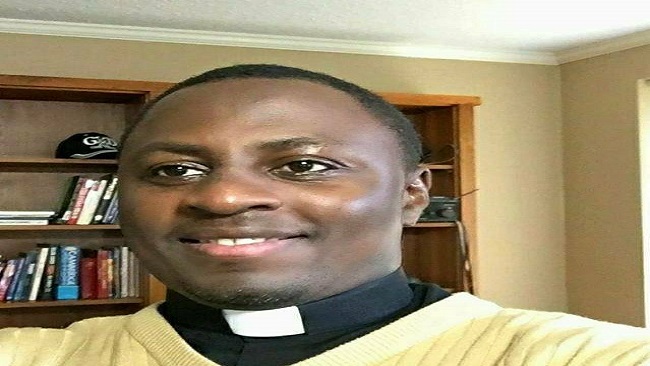 The role of Institutional change in reviving Cameroon’s economy 0

Since late 2016, the Republic of Cameroon has been going through a devastating armed conflict that has worsened what was already a fledgling economy.  Historically, this civil strife can be traced to constitutional crisis in the governance process of the entire nation (Konings & Nyamnjoh1997). The blatant disregard for the culture, traditions and customs of the Anglophones were fundamental threats to the rule of law that heightened tensions leading to the current socio-political impasse.  A Transparency International report identified Cameroon’s judiciary system as the most corrupt in Africa. In the larger study of seven countries within the continent, one out of five persons interviewed admitted they had offered gifts to judges or related judicial matters. In Cameroon 80% of those interviewed perceived the judicial system is rather very corrupt (Koschel,2007).

Moreover, the dictatorship style of leadership and the unchecked power of the executive branch of government that undermines major cooperation and inclusion of the various regions have been counterproductive economically. According to Douglas North, social and legal norms and rules are foundations for the basis of institutions that underlie economic activities (North,1990).

This memo seeks to examine how institutional change can revive Cameroon’s economy. Institutional economics is defined as a study in economic history which focuses on the costs of human coordination and cooperation through time, which is essential in bringing about change in the society (North,1990). We will achieve this objective by looking at some principles of governance that can positively influence economic activities for growth and development. Among other things, this memo will consider the rule of law and economic growth, abuse of power, and social cohesion as essential elements in economic activities.

What is at stake?

Evaluation of Findings and Conclusions

The rule of law is essential for the regulation of markets, property rights, checks and balances of the executive branch of government, all of which are foundational to economic growth. In this regard, North indicates that formal constraints such as laws and a constitution are necessary in the harmonious functioning of every institution. In addition to these formal constraints, culture and ideologies make up informal constraints of the institutions. The absence of the rule of law often leads to anarchy and this is true of most countries that are going through civil wars. It has been established that civil war tends to reduce growth by around 2.3% per year; with civil wars (in his dataset) averaging seven years in duration, the typical war leaves a country 15% poorer than it otherwise would have been (Collier, 2005).

Collier’s findings further buttress the position that the ongoing civil war in Cameroon has led the nation to financially disastrous condition.  In fact, “many countries in Africa without any system of good governance in place show an association between conflicts and poor law enforcement in protecting the natural resource base and in observing human rights” (as cited in Yiew et al., 2016. Pg. 3744).

The downward slope regarding the rule of law is closely related to abuse of power.  Prior to the ongoing conflict in Anglophone Cameroon, even to this day, the executive branch has abused power with impunity. Throughout our nation’s history, presidents have targeted their political opponents as we see it unfold in the ongoing conflict (Tumi, 2006). This is detrimental to the nation’s economy because abuse of power is a guaranteed source of dissension and frustration; some of the ruling elites must be aware of impending political instability from a culmination of these negative feelings (North, 1990).

Moreover, political scientists and legal scholars attest that institutional checks on executive discretion, including through independent judiciaries, are integral to the very concept of the rule of law. Such checks and balances are economically important because of the classic time-inconsistency problem (Kydland & Prescott, 1977). In the same vein, Haggard & Tiede maintain that “the rule of law, property rights, and contract enforcement cannot be credible unless there are effective limits on executive discretion” (Haggard & Tiede, 2011. p.674).

In consideration of the heavy toll of corruption in Cameroon, evident not only in the judiciary, but in the widespread of bribery in contracts, taxation of imports, and the embezzlement of state funds, the economy cannot thrive because: “A predatory government acting on its self-interest is prone to squander the wealth of the country and exploit the business community through unjust taxes and misappropriation of resources and profits. In the long run, these self-preservation strategies can eventually lead the ruling dynasty to its destruction.” (North, 1997, p. 154). The World Governance Indicators, specifically the indicator on control of corruption, placed Cameroon in the lowest 10 percentile, while also ranking it low (25 percentile or lower) for the remaining indicators (Broadman & Recanatini, 2001).

On the other hand, social cohesion and the prevalence of justice provide a favorable environment for businesses and investors. The inevitable result is security of life and property which in turn encourages integrity, hard work, entrepreneurship and technological progress, while its absence defeats economic motivation. In line with institutional economics, transaction costs of doing business escalates with the prevalence of injustices. And, in the end, more complex contracts and the alliance between business and politics become the norm, causing the economy to suffer (Khalid, 2015). Khalid further argues that the “crowding out” of investments is bound to emerge and tax collections will decline as enterprises reassess their risks and returns from operating in that economy (Khalid, 2015).

In reality, social cohesion does not only attract investors, but it equally provides a flourishing socio-political environment that boosts both investors’ and consumers’ confidence. It is within such environments that institutions and markets thrive. As Khalid (2015) points out, social cohesion and institutional efficiency consistently have an equal and important effect as does resources endowment in bringing about economic development and higher civilization.

In order to restore some credibility to institutions, there is urgent need to revisit the training of administrators and legal experts. It is well known that admissions into the National School of Administration and Magistracy (ENAM) is fraught with political machinations, and for this reason, the performance of the graduates who run most of our institutions is mediocre.  In this regard, Lasswell & McDougal (1943) insist on the vital role of training those who provide legal service in a democratic society because of the enormous influence on attitudes toward the law.

Transparency and accountability are foundational to economic activities. How can a nation regain the trust and confidence of its people who are distraught due to a lack of transparency and accountability? For years Cameroonians have been constantly disgruntled with parliamentarians and other community representatives who singlehandedly execute projects after having embezzled substantial sums of money. This lack of accountability and transparency hampers cooperation and coordination, both of which are essential in the chain of production and the wellbeing of all.

In conclusion, having been endowed with rich human and natural resources like other African countries, such as Rwanda, that have walked down the path of civil war, Cameroon has a potential for an economic future. However, our country cannot realize its full potential if the ruling government does not chart a new path marked by patriotism, the rule of law, and the common good. Such an aspiration can only succeed to the extent that government officials learn from history and rise beyond the inordinate desire for personal aggrandizement. It is important, in this regard, for all branches of government to be in sync with unwavering determination to implement changes that are most needed to restore the ethics and nobility of our nation’s institutions.  There is no better way than relying on the tested and proved findings that have been clearly outlined in this memo.